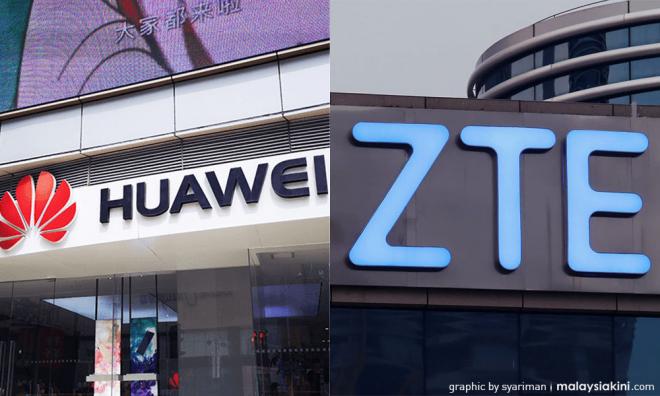 Chinese tech companies are under intense scrutiny from Washington and some prominent allies over ties to the Chinese government, driven by concerns they could be used by Beijing for spying.

A government ban in Japan will come after Huawei has already been locked out of the US market and after Australia and New Zealand have blocked it from building 5G networks. Huawei has repeatedly insisted Beijing has no influence over it.

The Yomiuri newspaper, which first reported the news of Japan's planned ban earlier today, said the government was expected to revise its internal rules on procurement as early as Monday.

The government does not plan to specifically name Huawei and ZTE in the revision, but will put in place measures aimed at strengthening security that apply to the companies, a person with direct knowledge and a person briefed on the matter said.

Japan's chief government spokesman, Yoshihide Suga, declined to comment. But he noted that the country has been in close communication with the United States on a wide range of areas, including cybersecurity.

"Cybersecurity is becoming an important issue in Japan," he told a regular news conference. "We'll take firm measures looking at it from a variety of perspectives."

The essence of China-Japan business and economic cooperation is mutual benefit and win-win, and both companies have legally operated in Japan for a long time, he told a daily news briefing in Beijing.

"We hope the Japanese side can provide a fair competition environment for Chinese companies operating in Japan and not do anything to harm bilateral cooperation and mutual trust."

And SoftBank Group Corp has a long relationship with Huawei – which in 2011 became the first Chinese firm to join Japan's conservative Keidanren business lobby – and has partnered with it on 5G trials.

"The government will not buy where there are security concerns but it is difficult to restrict procurement by private companies," one of the sources said.

Docomo and SoftBank did not immediately respond to a request for comment.

"While closely observing changes we will consider appropriate steps," a KDDI spokeswoman said.

Some private companies elsewhere, though, have distanced themselves from the Chinese firms.

In the United States, SoftBank's wireless subsidiary Sprint Corp said it no longer sources equipment from Huawei or ZTE. SoftBank is trying to complete the unit's sale to T-Mobile US Inc.

And Britain's BT Group said on Wednesday it was removing Huawei's equipment from the core of its existing 3G and 4G mobile operations and would not use the company in central parts of the next network.

ZTE's Shenzhen-listed shares rose 0.5 percent on Friday after sliding 5.7 percent the previous day amid a global stocks sell-off sparked by the arrest in Canada of Huawei's top executive at the behest of the United States. Huawei is unlisted.