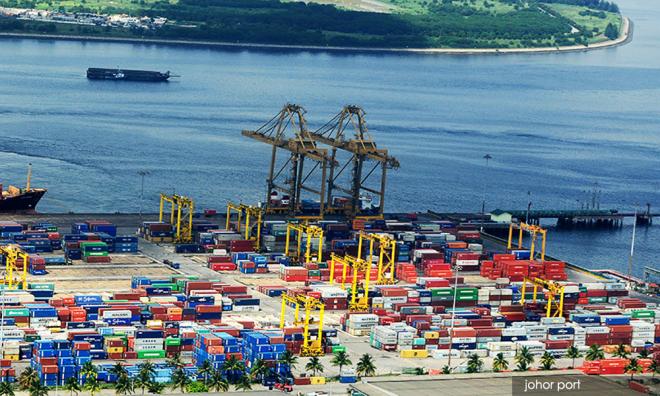 Singapore does not agree with Malaysia’s proposal for both countries to cease and desist from sending assets into the disputed area, according to the republic's Ministry of Foreign Affairs.

However, the Ministry said Singapore "remains ready to discuss this issue with Malaysia in a constructive manner in the spirit of preserving our important bilateral relationship."

The Ministry's spokesperson said that as its Minister Dr Vivian Balakrishnan told his Malaysian counterpart Saifuddin Abdullah on Dec 5, Malaysian government vessels had repeatedly intruded into Singapore’s territorial waters following the purported extension of the port limits of Johor Bahru Port on Oct 25.

"Malaysian Government vessels should forthwith cease these provocative violations of Singapore sovereignty and return to the status quo ante before 25 October 2018, without prejudice to our respective positions on maritime boundary claims in the area," the spokesperson said in a statement today.

The spokesperson noted that "attempts to create facts on the ground add nothing to Malaysia’s legal case and are unhelpful for an amicable resolution of our maritime boundary issues."

The Ministry also said the republic had received Malaysia’s diplomatic note today and would respond in due course.

Malaysia had today proposed for both countries to cease and desist from sending assets into the disputed area effective at midnight on Dec 8 pending discussions on outstanding maritime boundary issues.

The action to desist would be undertaken without prejudice to either Malaysia or Singapore’s position on maritime boundary claims over the area in question.

Malaysia also forwarded the draft agenda for a meeting aimed at the amicable resolution of maritime boundary issues between the two countries which was conveyed by Prime Minister Dr Mahathir Mohamad to his Singapore counterpart Lee Hsien Loong during his official visit to the island city state on Nov 12 and 13.

The Malaysian government hopes that the meeting could be convened sometime in the middle of this month.