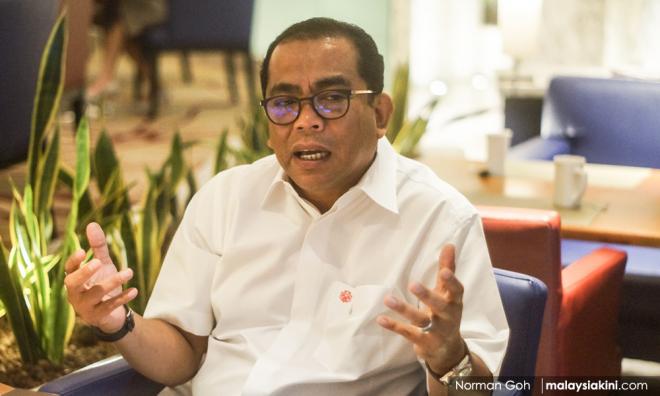 Umno vice-president Mohamed Khaled Nordin is backing the call for the establishment of a royal commission of iInquiry to investigate the real financial status of Lembaga Tabung Haji.

Khaled said in a statement today that this is because the pilgrimage fund is a critical institution to Muslims, and that there should be no compromise nor delay in getting to the truth of the matter.

"Should there be any wrongdoing in the management (of Tabung Haji), or misappropriation, then those involved must be investigated and brought to book.

"But if there are no wrongdoings, and the alleged discrepancies are just due to standard differences or practices in accounting or auditing, then the whole truth must be revealed," he said.

Last night, Umno deputy president Mohamad Hasan called for the establishment of an RCI to find out why the fund paid dividends to depositors despite bearing liabilities significantly higher than its assets.

"Through an RCI, a transparent and neutral investigation can be carried out. Since there are many reports and statement with different narratives in the issue, I'm sure an RCI is the best forum to establish the truth.

"All depositors and other stakeholders have the rights to find out the truth. Umno, and I'm confident all Malays-Muslims in the country, will also support any attempt to unravel the truth about Tabung Haji's finances," Khaled's statement read.

The call for an RCI was also echoed by Perkasa president Ibrahim Ali.

Ibrahim said in a statement that the whole affair has left Muslims in the country feeling ashamed, regardless of party affiliations.

"All Malay-Muslims are embarrassed, regardless if they are from Harapan, BN, or PAS.

"All responsible parties seem to want to defend the indefensible (tegakkan benang basah). Each claim they are right... all making public statements without details from every angle.

"Perkasa urges all parties to cease the accusatory polemics that could threaten Tabung Haji, and the best step would be to form the RCI to investigate the real truth," he said.

According to Ibrahim, the steps to seek the truth must be prioritised based on Islamic teachings, accounting principles and the law.

But as Tabung Haji CEO Zukri Samat later pointed out, there have been no such withdrawals since the state of the fund's finances.

PAS: Tabung Haji's deficit could be Harapan 'playing on figures'