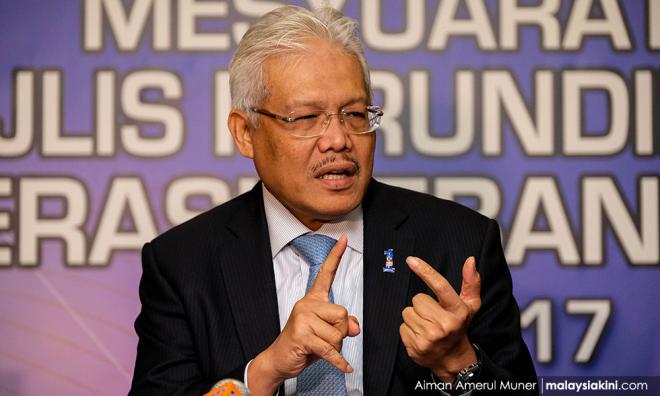 Hamzah warns of third wave of resignations if Zahid stays on

Six former Umno MPs who left their party today have reportedly warned that the party would be hit by a third wave of defections.

This, they reportedly said, is unless Umno president Ahmad Zahid Hamidi steps down from this immediately for failing to lead the party amid at a time when the party is facing a deficit of trust.

“We believe that Zahid has failed to set the party’s direction, and as things stand, he should step down.

“This also has to do with the court case that Zahid is facing, which has caused members and the people especially Malays to lose faith in his ability to lead Umno to face the next general election,” the Larut MP Hamzah Zainuddin reportedly said on behalf of the group.

His comments were published in Berita Harian today.

He reportedly said he is made to understand that about ten Umno MPs are prepared to leave the party if Zahid remains as party president in the next ten days.

He said these MPs have yet to make up their mind, and are still weighing their options regarding their political future. This include whether to join any other political party including Bersatu.

For now, he said, they only want Zahid to step down and clear the way for an Umno Special Assembly to elect a new leadership line-up.

This came after over a dozen Sabah Umno MPs and state assemblypersons quit the party on Wednesday and declared themselves to be “government-friendly” independents.

Zahid has dismissed the calls for his resignation, saying that “it’s all an excuse” by those leaving the party.