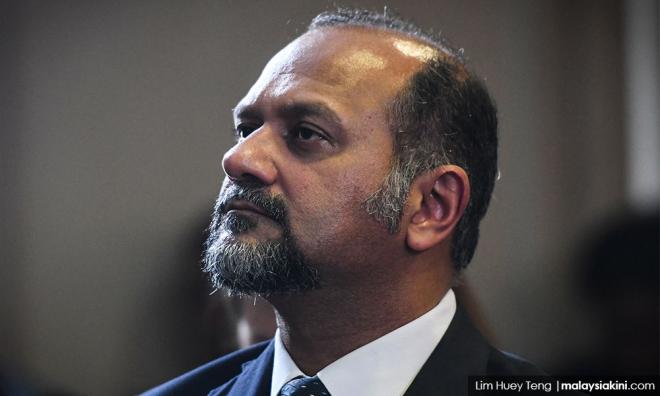 Gobind: It's final, DAP will not work with Umno

In the wake of the exodus from Umno this week, DAP deputy chairperson Gobind Singh Deo has insisted that his party will not work with its longtime nemesis.

"DAP will not work with Umno. That is final. They have fought against us to the end in the 14th general election.

"We have asked the rakyat to reject them and the rakyat has rejected them in the hopes of building a New Malaysia.

"We should not now work with them," he said in a statement today.

Gobind, the communications and multimedia minister, said that the matter of former BN elected representatives joining Pakatan Harapan should be examined carefully, as the rakyat's mandate should be respected.

He stressed that the country's reformation agenda should be prioritised.

"Harapan needs to take care of the welfare of the rakyat who had placed their trust in Harapan to clean and save Malaysia.

"This matter will be brought up and discussed in a Harapan meeting at the nearest time," his statement read.

Last week, more than a dozen Sabah Umno lawmakers, including five MPs, nine assemblypersons, and two senators, quit the party, citing the lack of direction from the leadership.

Friday saw the exit of six more Umno MPs, with more expected to follow suit in the coming days.

The wave of defections has whittled Umno's numbers in the Dewan Rakyat down to 38, from the 54 it had just after the May general election.