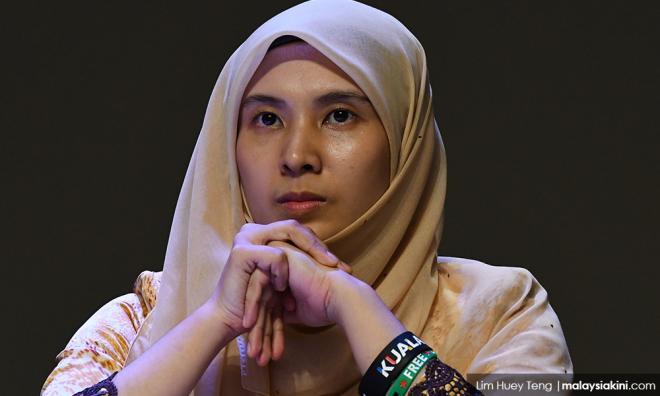 "We hope that Nurul Izzah accepts this trust given to her and we promise to work together with her to uplift PKR’s standing, particularly in Penang, and in general.

"We also hope that Nurul Izzah will retain her fighting spirit which she had all this while in her struggle for justice for all," he said at a news conference in Butterworth.

Nurul Izzah announced yesterday that she is quitting her posts as PKR vice-president and Penang PKR chairperson.

She said she would, however, remain as a PKR ordinary member and Permatang Pauh MP until the term ends.

Ahmad Zakiyuddin (photo), who is also Penang deputy chief minister I, said all the state PKR division heads respected Nurul’s decision, but they hoped she would reconsider her decision.

"We see Nurul Izzah as among the echelon of leaders who are qualified to lead PKR and should be given a chance. So, there is no question of nepotism here and so on," he said.

"She has proven her capability as a leader. Merit-wise, she has proven it. She is a three-term MP and had defeated the Lembah Pantai Umno Wanita head.

“She also obtained the highest number of votes from members for the post of party vice-president. We definitely need a courageous woman leader like her,” Norlela said.

No turning back: Nurul refuses to retract resignation