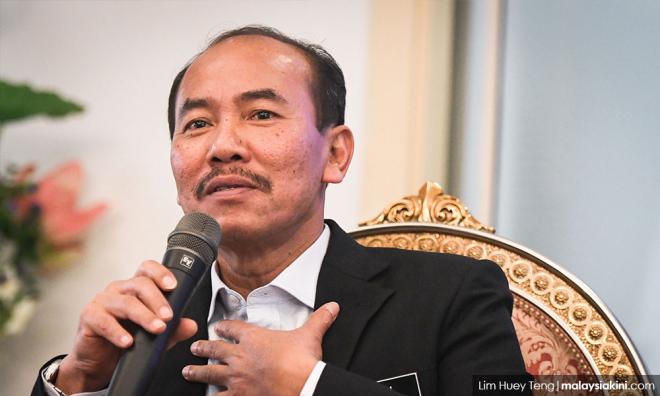 Serve the people and not political masters, civil servants told

Chief secretary to the government Ismail Bakar reminded the country's 1.6 million civil servants that they must put the people and nation's interests as their top priority in fulfilling their duties.

He said civil servants must also constantly work to improve their services to meet the demands of the people.

“Being civil servants, you must serve the people, not serve political masters.

"Your salary is paid by the people, by the taxpayers. So you must serve them,” he told Bernama before appearing as a guest on the 'Suara Harapan' programme on Bernama Radio today.

Prime Minister Dr Mahathir Mohamad had previously noted that some civil servants are refusing to work with the new Pakatan Harapan government, and often raised the issue of sabotage of government policies.

Ismail said those who were unable to serve professionally and not show commitment to their work to the new government should leave the jobs.

Ismail, who was appointed as chief secretary to the government on Aug 29, said the process of “cleansing” the service of the scourge of corruption and unethical practices would be pursued with fervour including dismissing those caught for committing these offences.

As such, he said a work culture in line with the civil service’s slogan 'Clean, efficient and trustworthy’ would be driven home so that it becomes second nature to civil servants.

In the 45-minute programme, Ismail said civil servants must be brave enough to state their views if they were faced with a situation where the rules will be flouted.

“Don’t accept things blindly. This is what will get them into trouble later, because of directives that are against the rules,” he said.