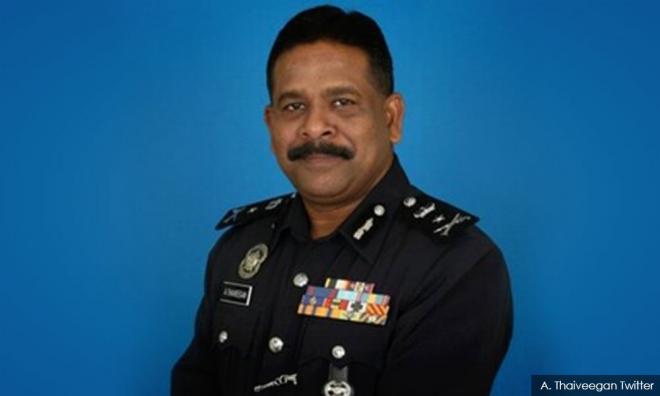 The five policemen, who were detained to facilitate investigations into the death of a Special Branch policeman, have tested positive for drugs.

This was confirmed by Penang police chief A Thaiveegan who said the policemen, who are in their 40s and 50s, had been transferred to the Central Lockup Division.

So far, he said the police have recorded statements from 15 people, including five policemen, to assist investigations into the case in which the policeman fell to his death from a hotel in Pulau Tikus on Dec 17.

Thaiveegan said he expected more people to be called to assist the police investigation into the death of Corporal Sofian Shahari, 47, a special branch policeman at the Northeast District headquarters.

“We expect to complete the investigation paper next week and it will then be handed over to the Deputy Public Prosecutors’ Office for further action,” he told reporters after a meeting with the Japanese Consul-General in Penang, Shinichiro Kanoya, at the state police contingent headquarters in Georgetown today.

In the incident at about 4.45am last Monday, Sofian’s body was found by a hotel employee. He was lying face down in the parking lot in front of the Pulau Tikus hotel.

Before the incident, Sofian, who had been with the police force for 19 years, was believed to have been at a karaoke centre to celebrate the birthday of a Penang police contingent colleague.

The death of the policeman has been mysterious because a bag and the victim’s left slipper were found on the second floor in front of a dental clinic in the building where the karaoke centre is located.

Police also found a piece of curtain on the five-foot way of the karaoke centre while the victim’s wallet, authority card and mobile phone are still missing.