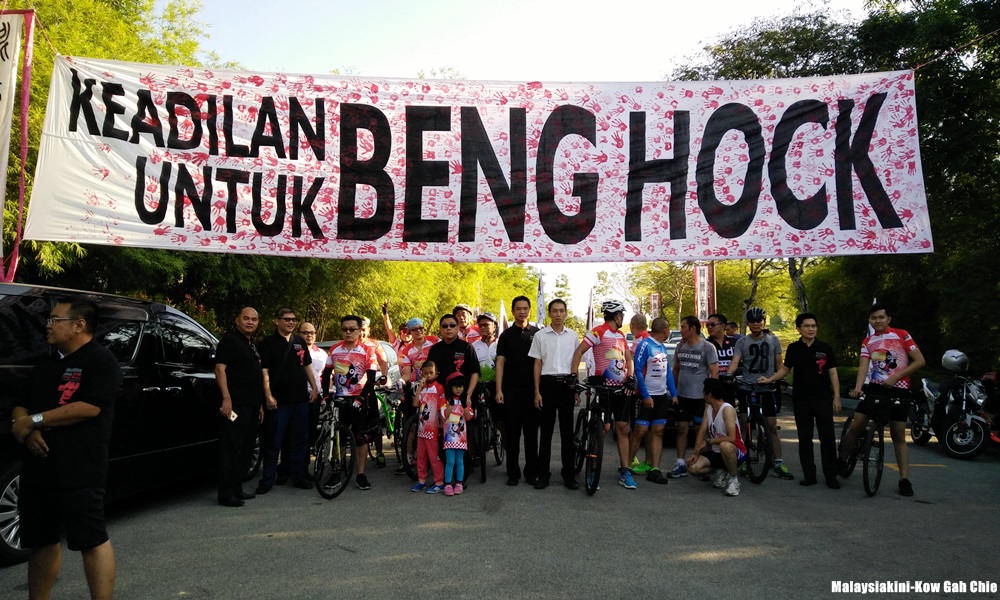 The DAP Youth has urged the government to expedite reopening the probe on Teoh Beng Hock's death, in a move to uphold justice.

In a statement, the wing's exco members Leong Yu Sheng, Tan Tiong Yih and Woo Kah Leong, said this was as the cabinet had in June reportedly agreed to reopen the probe on Teoh's death.

"Although the Court of Appeal has ordered the previous government to pay RM600,000 as compensation to Teoh's family, his true 'killer' was never brought to court and as such, justice for Teoh Beng Hock has yet to be upheld until today, although his child is now eight-years-old," said the DAP trio.

"The re-opening of the probe into Teoh Beng Hock's case will ultimately show that the Pakatan Harapan government in a new Malaysia is committed to upholding justice for individuals such as Teoh Beng Hock who was victimised by the previous Umno BN regime," they said.

On July 16, 2009, Teoh was found dead after falling nine floors from the former Selangor MACC headquarters in Shah Alam, where he had been held overnight for questioning.

In 2014, the Court of Appeal overturned the coroner's open verdict with regard to Teoh's death, ruling instead that the latter died from a fall that could have been accelerated by unlawful actions of persons unknown, including by MACC officers.

Following the verdict, MACC agreed to pay RM600,000 to Teoh's family to settle a negligence suit they brought against the commission.

The court also ordered the police to investigate the death.

However, the Attorney-General's Chambers found no criminal elements in his death.

Pakatan Harapan had pledged to investigate Teoh's case by setting up an RCI in their first 100 days in office.