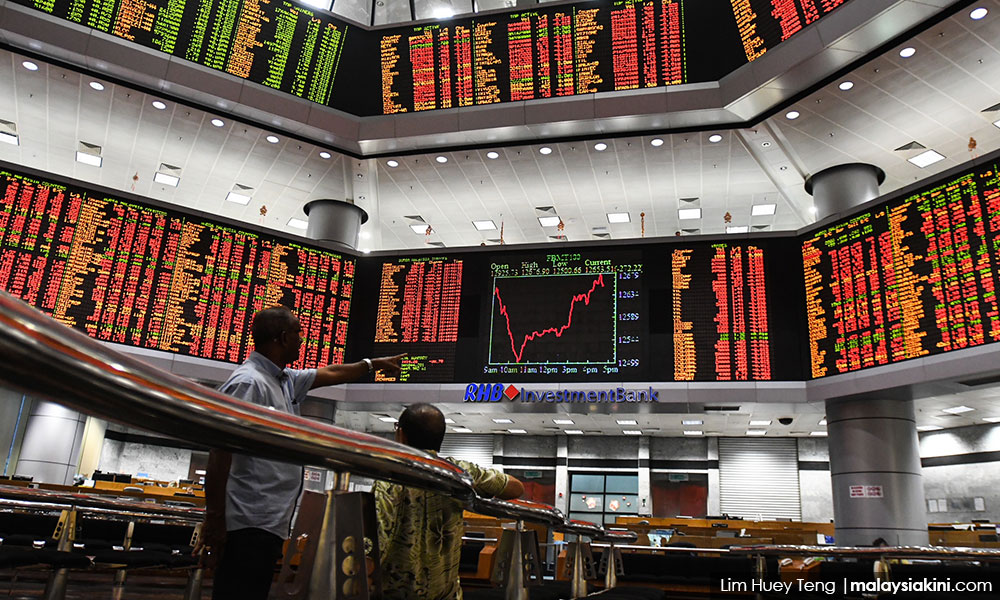 “Foreign net selling reduced to below RM13 million on the eve of Christmas Day compared with the previous three trading days which saw foreign net outflow above RM100 million,” he said.

Adam opined that the decline in foreign net outflow was not attributable to the year-end window-dressing activities but rather because of Beijing’s pledge to support the economy by slashing taxes and ensuring liquidity was maintained in the wake of global trade tribulation,

As markets reopened after the Christmas break, foreign net selling ramped up to RM60.6 million on Wednesday.

“International funds took the cue from Wall Street’s pre-holiday sell-off as traders reacted to the political turbulence in Washington over the weekend when US President Donald Trump discussed plans to remove Jerome Powell as Federal Reserve (Fed) chairman,” he said.

Trump even resumed his verbal threat towards the Fed on Monday, stating ”the only problem in the nation’s economy is the Fed itself”, claiming that it did not comprehend matters from the trade war and the strength of the dollar.

Nonetheless, Adam said the level of foreign net selling on Thursday retreated to RM28.1 million amid the overnight jump in Wall Street following a report that holiday sales was robust.

He also noted that Malaysia still retained its position as a nation with the second lowest net outflow (US$2.8 billion) behind the Philippines (US$1 billion), Indonesia (US$4 billion) and Thailand (US$9 billion).

Looking ahead, the flow of funds in and out of Malaysia would largely be influenced by external factors such as central bank policies and the outcome of the 90-day trade truce between the United States and China.

“Foreign investors continued their selling as these developments impacted their perception of the Malaysian economy.

“Furthermore, we have no control over the global situation. As a trading nation, we have no choice but to hope that trade tensions will ease or end and that oil and commodity prices will recover,” he said

“With huge window dressing and index rebalancing seen towards the end of the year, the local equities market is expected to bounce in the near-term as the market was oversold for weeks.

“New year feel-good factors will see institutions starting to accumulate with the benchmark index trending higher at 1,700 points,” he said.

Nazri said the ringgit was also expected to improve in tandem with the flattening trend in foreign selling.

Hong Leong Bank Bhd, in a research note, said the local currency strengthened 0.30 percent, week on week, against a soft US dollar and advanced against all the Group of Ten (G10) countries, supported by mid-week rally in oil and equities.

“We stay slightly bullish on the ringgit in anticipation of further losses in the US dollar next week but gains will continue to be modest amid lingering pressure from extended risk aversion in the markets.

FXTM research analyst Lukman Otunuga said Malaysian investors would direct their attention towards the Producer Price Index (PPI) report and M3 Money Supply for November, scheduled to be released on Dec 31 for clues on the market’s direction.

“There will also be a strong focus on the Nikkei Manufacturing Purchasing Managers' Index report, due on Jan 2, which should provide fresh insight into the health of Malaysia’s manufacturing sector in the final month of 2018,” it said

With the latest trade data, scheduled for release on Jan 4, it will certainly be an eventful trading week for the ringgit, he said.

“While the local currency has scope to appreciate amid positive domestic economic data, the outlook still remains influenced by external factors such as global trade developments and the US dollar’s performance,” added Lukman.