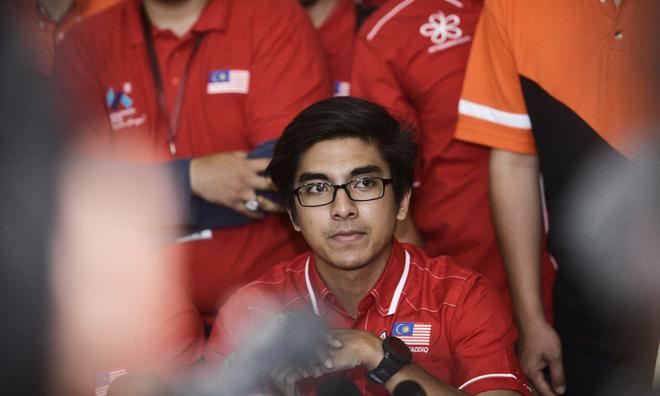 "I would like to warn the movement seeking to oust Syed Saddiq... The youths are always ready to fight oppression and are also always ready for war," he said in a statement today.

Zainal Abidin stressed that Bersatu Youth will defend the future of youths.

His statement comes amid talks about Bersatu division chiefs campaigning against the Youth chief.

During the party's annual general assembly on Sunday, Syed Saddiq singled out the Federal Territories Bersatu representative for demanding contracts and positions, and for claiming that he had been promised these by a minister.

An exasperated Syed Saddiq slammed the delegate, and warned that this could court the attention of the MACC.

He also declared that Bersatu must win "by hook or by crook."

According to leaked communications, some division chiefs described Bersatu Youth as "insolent," stating that the wing did not know what they were up against.