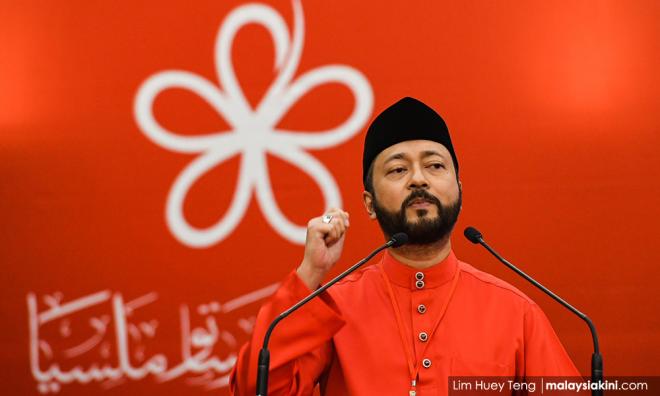 According to Bernama, Mukhriz said today that any suggestion of awarding contracts and positions to party members would run afoul of the party's aspirations.

"I feel that it is not appropriate and proper for any leadership to suggest the use of government positions to give contracts.

"This is not our responsibility, in fact, it breaches the aspirations behind the formation of the party and Pakatan Harapan.

“That is why I support the statement by Bersatu Youth on the importance of integrity in party administration,” he was quoted as saying.

Bersatu Youth leaders later came out in defence of their chief and denounced Rashid's criticism.

The Bandar Tun Razak division of Bersatu, however, cautioned against the "misinterpretation" of its chief Shahni's remarks, and said these were made in the interest of the party's "political survival."

Commenting on calls for Rashid to be relinquished of his position, Mukhriz stressed that the vice-president's view does not reflect Bersatu's official stance.

"The statement was only made by an individual, so we cannot say that it is the policy of the party. The party's stand is based on integrity."

On the crossovers of Umno leaders into Bersatu, meanwhile, Mukhriz said that the party would try to avoid "Umno culture" from being brought in.

"We don't want the old culture and negative practices that would weaken and affect the party.

"We will avoid that, and at the same time are open to any criticisms," he was reported as saying.