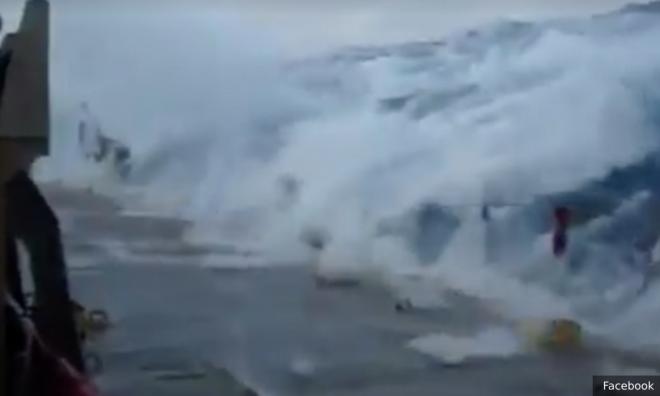 Petronas has activated its Emergency Response Team as their Peninsular Malaysia Assets’ offshore facilities are experiencing high waves and strong winds as a result of tropical storm Pabuk.

It said the situation is currently under control and all personnel are safe.

"Petronas’ utmost priority and concern is the safety of all personnel.

"We are currently liaising with the relevant authorities and closely monitoring the situation," it said in a statement.

The situation was said to be worrying as several rig workers who were scheduled to return to the mainland today were stranded on the rig.

A worker called Amir when contacted by Bernama said they were anxious about the situation on the rig following strong winds with speed up to 50 knots caused the facility to sway.

“This is the first time such a phenomenon has occurred since I started working on the rig eight years ago...I could only think of my family ...what will happen to them if something happens to me,” he said.

Nonetheless, he grew more optimistic as calm weather returned today and wind speeds had slowed to 30 knots by midnight tonight.

“We have been ordered not to leave our living quarters by the Offshore Installation manager since yesterday,” he said.