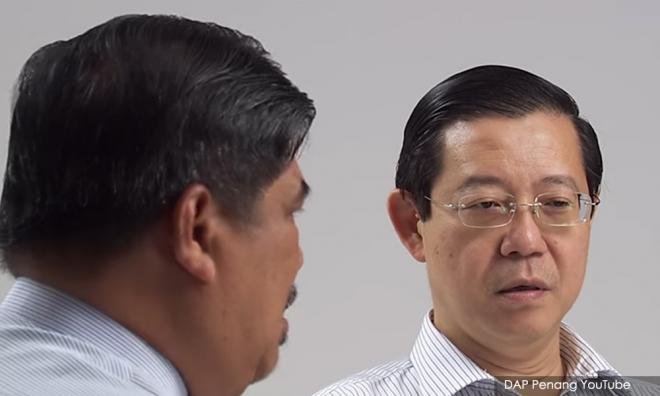 Lim said Mohamad had done the right thing by openly handing it to the authorities to conduct an investigation on his son’s case.

‘’But it is an apt move to hand it over fully to the authorities to act based on the process of the existing law, seeing no one in this country is above the law and the Federal Constitution,’’ he told reporters in George Town today.

Lim, who also expressed his support to Mohamad, hoped all quarters could give space to his family and let the process of the law take its course appropriately.

He said that he understood what Mohamad was going through because his own son had also been accused of molesting his classmate.

"I understand Mat Sabu’s situation because I am also a father... especially my family which is often used as a target.

"So, I hope they will be stout-hearted in facing the ordeal,’’ he said.

He said he did not know if the detention was right or wrong, but he only wanted to give support to Mohamad.

It was reported yesterday that a minister’s son was among two men detained in a police operation at an entertainment centre in Jalan Ampang at about 3am.

The 31-year-old man was detained with his friend, 33, when they were found to have tested positive for marijuana.

Both have been released on police bail.

limguaneng
mohamadsabu
Related Reports
Mat Sabu: My son is subject to the law, let authorities take action
2 years ago
Minister's son arrested after testing positive for marijuana
2 years ago
Medical marijuana: How does the evidence stack up?
2 years ago
Marijuana can ease tension over leadership crisis, says Umno man
4 years ago