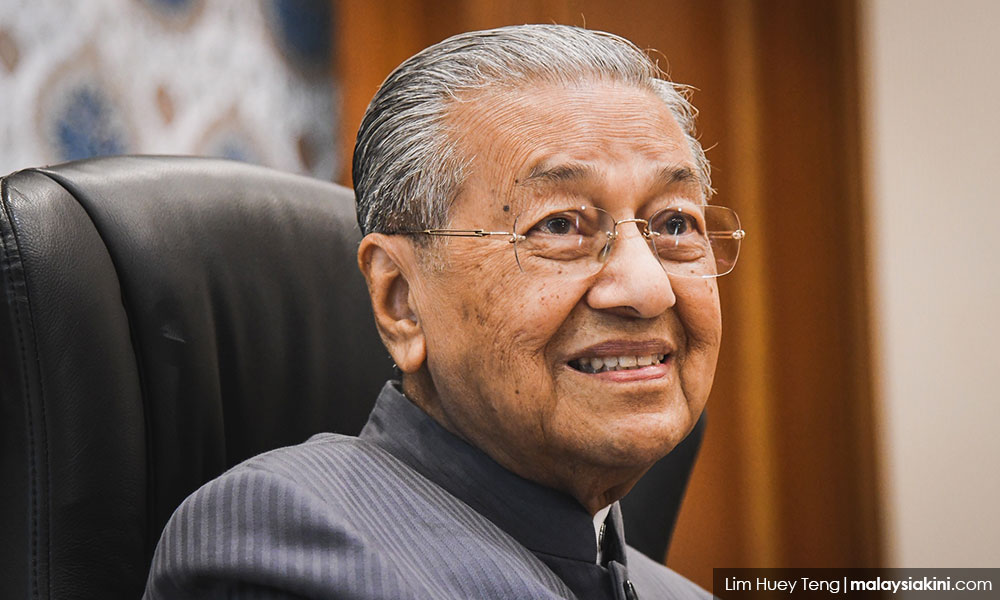 YOURSAY | 'Indeed, the PM offers no concrete suggestions, only double-talk.'

What did Mahathir say about the UEC?

Drngsc: Prime Minister Dr Mahathir Mohamad is very evasive. When just a yes-or-no answer is required, he twists and turns, avoids the issue, and changes the subject.

No, we cannot rely on this man. We hope that the other Pakatan Harapan partners can talk some sense into him. After all, lest they forget, Bersatu has 16 MPs and DAP has 42, while PKR has 50.

Antagonising the non-Malays (your staunch Harapan supporters), together with not winning Malay supporters, may jeopardise your chance of winning the 15th general election. Please do not forget that.

However, we also want a needs-based policy and to do away with race-based policies.

Recognising the Unified Examination Certificate (UEC) will, in no way, violate the Federal Constitution. So just go ahead and recognise it.

In the meantime, work very hard to bring about Melayu Baru in line with Malaysia Baru.

Cogito Ergo Sum: By recognising the UEC, how will the Malays be slighted? How will their meagre earnings in the rural areas be threatened?

Tun (Mahathir), you led the country to victory against a kleptomaniac who allegedly stole from the Malaysians, especially the Malays. Why punish the rest of the country as well for the sins of a few?

What you have achieved, others will take many lifetimes to do. Now, it is time to set things right and to be fair to all. Remember, you are the prime minister for all, not just Bersatu or some Malays.

TCM: I see what Mahathir says as being logical. The UEC is, in essence, a foreign qualification. Anyone who wants to pursue this form of qualification must understand its pros and cons. Don't choose this path and then later insist it must be recognised.

Retaining one's culture and language is, of course, necessary and a right. That means learning Chinese and speaking Chinese (including its many rich dialects), but UEC does not represent the Chinese culture or language.

Please stop making this into a Chinese issue. It is being used as a rallying point by certain parties to rail against the government and many of us are just falling for it because it seems to be against the Chinese. It is not.

Malaysiakini, thanks for publishing the full interview. The sensationalising of the statement in the Chinese papers is shameful.

I am Malaysian and Chinese and send my kids to SRJK (Chinese vernacular primary school).

If I feel it is not fulfilling my children's needs, I will look for other options: independent Chinese schools, private schools or others. Otherwise, I will stick to the system.

Anewday: Integrate the Chinese schools and use them for all Malaysians to access world-class Chinese universities and colleges.

Why send your children to US and UK when most of our businesses and relations will be in Asia with China as the main driver?

Our students in China will build relations with China as we have done so when we studied in the West. We need to do this, it's not an option and being the blessed country that we are, we have the tools here and now - the Chinese schools.

CintaMalaysia: It is rather sad reading what Mahathir said, which is the truth. Changing the Malay mindset will help the Malays change their attitude towards life.

At the same time, Tun, if their crutches are always there, how do you expect them to change their mindset?

And while waiting for them to change their mindset and catch up economically after more than 60 years, it looks like we will have to wait another 60 years.

It is really not fair to slow down the rest of the country while waiting for them to catch up, especially if they are unwilling to do so.

See the ridiculous logic here, Tun. Our country will never progress and the racial lines will forever be there at this rate.

Malaysian-United: Mahathir speaks with a forked tongue, spinning words to console his critics. On the one hand, he says the government will recognise UEC to the extent that it can, but on the other, he asks the Chinese to be sensitive to the Malays.

All the long-winded talk is a poor attempt to not offend the Chinese, yet not give in to the Chinese.

He could at least propose that certain conditions be met before the government recognises UEC if he truly believes the UEC syllabus is lacking in "nationalistic" elements, for example, making it compulsory for UEC students to pass certain language proficiency tests (in BM).

But he offers no concrete suggestions, only double-talk.

Pemerhati Bebas: In Germany, every citizen speaks German, and that includes every minority ethnic groups that declare themselves as citizens. In Italy, citizens of Indian descent speak Italian. In Brazil, citizens of Japanese and Chinese descent speak Portuguese.

I'm no racist but it is a fact that there are some citizens of non-Malay descent who can barely speak Bahasa Malaysia. The Federal Constitution states that Bahasa Malaysia is the national language, so it is expected that every citizen must have, as Mahathir puts it, basic mastery of the language.

The PM has already given the solution. Just include BM as a mandatory requirement for UEC and the problem of recognition is solved. What is so difficult with that?

I don't understand the resistance to include BM as one of the subjects for the certificate. Language is key to national identity. And in the long run to national unity.

David Dass: On the UEC, Mahathir should simply say that the government is looking into it. That there might have to be a revision of the History and Bahasa Malaysia syllabus.

Chinese secondary schools exist. They have a legal right to exist. The content of their curriculum is subject to review by the Education Ministry. Malay children attend these schools.

There are Chinese universities in the country that accept the UEC as a qualification, just as there are private universities that do so.

Many foreign universities in advanced countries accept the UEC as a good qualification for entry.

Why don't we simply put an end to this nonsense? It is politics, pure and simple.

In the long term, make government schools good schools so that they become the choice of all parents. Make English an important second language.

A better education system will in time take care of the other problem, that is, higher productivity of our workers, higher income and better wealth accumulation.