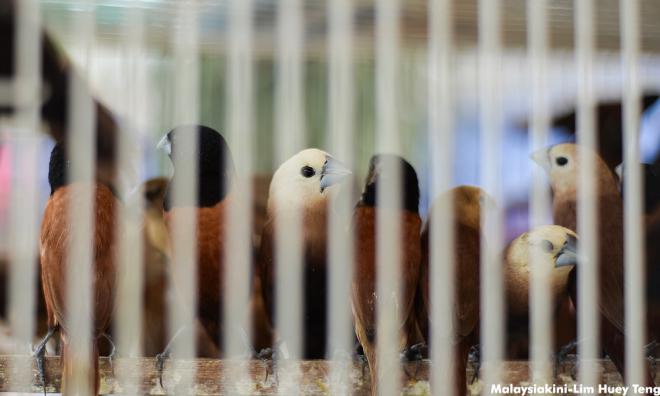 What can set the Malays free?

COMMENT | Three years ago when the 1MDB and the “donation” into Najib Abdul Razak’s personal account scandals took their toll on Umno’s standing, one of the country's more radical Malay bloggers posted a piece on the future of Malays in the country. The post had the provocative title, “Kita ni apa? Burung merpati dalam sangkar?”

In the reflective article, the blogger, “KijangMas”, who was living abroad, had some advice for his fellow Malays in Malaysia. He began his post by noting:

“Okay, Umno is history. In its current flavour, state and form […] Umno is no more. No point talking about what could have been [...] or the endeavours of many – including yours truly – to make the party see the light, to reform and renew and remain relevant in contemporary politics, to cleanse itself of corrupt criminals asphyxiating it to a gory demise.”

And, possibly with the 1MDB scandal as the tipping point of his total disillusionment with Umno, he admitted:

“It was to no avail. We failed [...] and failed spectacularly as the parti keramat Orang Melayu got intractably hijacked by criminal lowlifes propped by a flaky collection of self-serving nincompoops and hangers-on wallowing in the muddy road to self-destruction [...] pathetic myopic fools merrily hurtling on a runaway train wreck-in-the-making that will one day be remembered in the same light as other once invincible political forces that got arrogant and complacent, lost their way, imploded and consigned to the scrapheap of history […] the Kuomintang, Congress Party, PRI, LDP, Golkar.”

It is significant that despite his lack of faith and his disenchantment with what many in his circle regarded as the only political vehicle capable of leading the Malays to a better future, he remained optimistic of the fate of his community.

“The Malays will do just fine [...] once we rid ourselves of the opiate of false security offered by a band of rogues at great socio-economic cost amid an induced sense of perpetual vulnerability to looming threats of imagined pendatang bogeymen lurking in every nook and cranny of the land.

“We must realise the ludicrousness of the threat of impending doom of the Orang Melayu on our own Tanah Tumpah Darah if the current gang of pillaging pirates were to lose power. We must be emancipated from this culture of irrational fear, of crippling institutional dependency, of inability to take charge and be responsible for our own welfare, our own destiny.”

Since that post, he has not written again. Was his disillusionment as a nationalistic opinion leader complete as he helplessly watched Umno's leaders circle the wagons and find ways to absolve the party and its representatives in authority of wrongdoing or responsibility for the 1MDB controversy while deflecting the blame to the opposition, and anti-Malay elements working to “kill off the Malays”?

KijangMas had also called for a mental revolution. As he put it:

Was it also his last hurrah when he saw his hopes for a turnaround mental revolution not happening?

Can Malay emancipation take place with the new government? KijangMas did not identify who or what would help free the Malays from their caged prison.

Since then a new Malay dominated coalition has taken power. But what KijangMas described as “this culture of irrational fear, of crippling institutional dependency, of inability to take charge and be responsible for our own welfare, our own destiny” has deepened not lessened with the recent anti-Icerd and other imbroglios.

The question is whether the call for the emancipation of Malays can come from other than KijangMas and the small group of Malay liberals who - although at a different point of the ideological spectrum - have voiced the same concern.

Crucially, are there those from the high levels of Malay society - Malay royalty, political leaders; the top civil servants; the heads of GLCs and corporate Malaysia; Muslim religious leaders; etc. - who can be more than just opinion leaders?

For what is needed are trailblazers in action and deed that can provide the Malay masses with their own quintessential leaders that are the equivalent perhaps to Ho Chi Minh or Jamāl al-Dīn al-Afghānī - revolutionary nationalists but with cosmopolitan outlooks that reject the poisonous brew of narrow religious and racial dogmas, which are an equally or more repressive cage.

If this can happen - once we have this group of what I would describe as “revolutionary moderates” to be in charge, then that burung merpati dalam sangkar may finally begin to be freed from its caged condition.

One of the country’s most consistent critical social media analyst of the Malay dilemma, Prof Tajuddin Rasdi, appears pessimistic that this can happen soon.

In his latest article, Bolehkah Melayu berfikir kritis? he highlights the failure of the Malay educated elite to analyse rationally the information that they receive on developments related to the community and Islam.

Tajuddin’s conclusion is a warning of the long and hard road ahead for the Malay community’s and nation’s wellbeing despite the election tsunami: