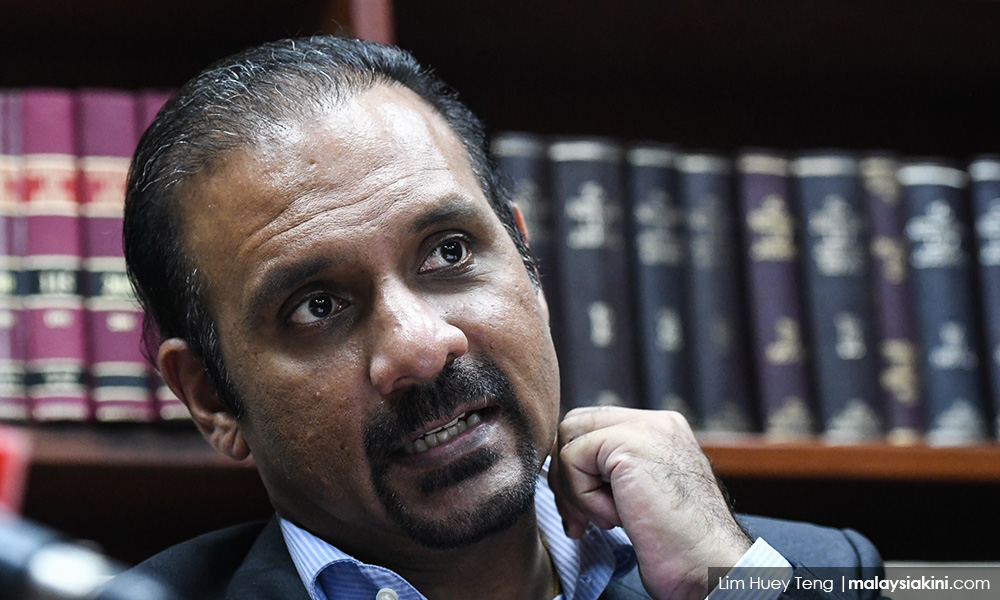 Ramkarpal: Why the silence on reopening Teoh Beng Hock probe?

Home Minister Muhyiddin Yassin's continued failure to instruct the inspector-general of police Muhamad Fuzi Harun to reopen investigations into the death of Teoh Beng Hock could raise suspicions of a cover-up, a DAP lawmaker has said.

Bukit Gelugor MP Ramkarpal Singh said Muhyiddin and his ministry have remained silent despite being informed in October that the Attorney-General's Chambers (AGC) had instructed police to reopen the case as far back as July.

In a statement, Ramkarpal dismissed Muhyiddin's previous assertion in October that police were still awaiting the AGC's orders on reopening the investigation.

Teoh, the former political aide to DAP Seri Kembangan assemblyperson Ean Yong Hian Wah, was found dead in 2009 after falling nine floors from the former Selangor MACC headquarters in Shah Alam where he had been held overnight for questioning.

"It is shocking that Muhyiddin said this [...] when the attorney-general had already instructed the IGP to reopen the investigations on July 17, 2018, by way of its letter dated the same to the IGP," he said.

Ramkarpal added the letter to the IGP was in response to the one he had sent to Thomas on the case. The cabinet had in June last year agreed to re-open the investigation after it was mooted by Finance Minister Lim Guan Eng.

Ramkarpal said that despite he himself writing to Muhyiddin on Oct 26 informing the latter of the attorney-general's stance, he claimed to have received no response.

"I regret to note that I have yet to receive a reply from Muhyiddin to my said letter dated Oct 26.

"[…] why has Muhyiddin not instructed the IGP to reopen investigations into Teoh’s death despite being aware that the AG has already directed the IGP to do so since July?

"The failure of the Ministry of Home Affairs to instruct the IGP to act immediately raises grave suspicion of the possibility of a cover-up in Teoh’s death," Ramkarpal's statement read.

The lawmaker also included copies of the purported letters by the AGC to police, as well as a copy of his letter to Muhyiddin.

He also included a letter sent by attorney-general Tommy Thomas to Lim in early December confirming that police had been instructed to reopen Teoh's case in July, but "it is as though no development to the investigation stage has been made".

Ramkarpal said: "Teoh’s family has a right to know what happened to Teoh in such suspicious circumstances [...]

"I urge Muhyiddin to publicly state that he will instruct the IGP to reopen investigations into Teoh’s death in the public interest. There is absolutely no reason for him not to."

In 2014, the Court of Appeal overturned the coroner's open verdict with regard to Teoh's death, ruling instead that the latter died from a fall that could have been accelerated by unlawful actions of persons unknown, including MACC officers.

Following the verdict, MACC agreed to pay RM600,000 to Teoh's family to settle a negligence suit they brought against the commission.

The court also ordered the police to investigate the death though the AGC at the time found no criminal elements in Teoh's death.

Malaysiakini has contacted Muhyiddin's representatives and is awaiting a response.