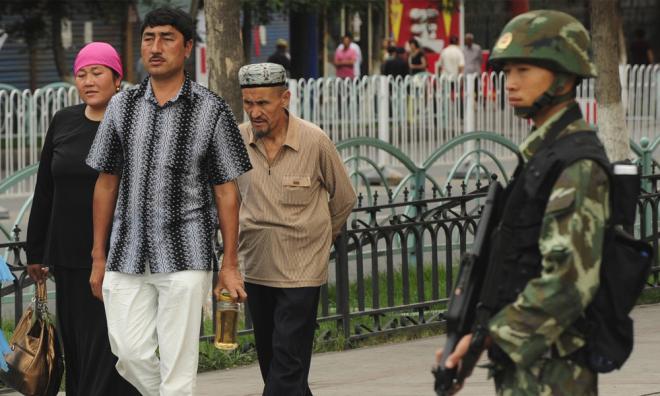 COMMENT | In October 2018, Malaysia released 11 Uyghur refugees to Turkey, after dropping immigration-related charges. This welcome decision marked the end of an arduous journey to freedom for the men. It also demonstrated Malaysia’s leadership in standing up for the rule of law, in the face of interference from China, which pressed strongly to have the men returned.

If Malaysia had agreed to China’s demands, the refugees would certainly have disappeared into China’s massive network of detention camps for Uyghurs, which Amnesty International says are run like “wartime concentration camps.”

The Malaysian government did the right thing. Remarking on the Uyghur refugees, Prime Minister Dr Mahathir Mohamad said simply: “They have done nothing wrong in this country, so they are released.” In interviews last year, prime minister-in-waiting Anwar Ibrahim forthrightly expressed his concern about the disturbing reports of Uyghur internment.

Since 2017, China has engaged in an all-out assault on Uyghur cultural practices and religious belief. The goal, according to the New York Times, is to “remove any devotion to Islam.” In August 2018, the UN expressed its alarm over reports that government had interned a staggering one million or more Uyghurs. In December, the US State Department released estimates that possibly more than two million people have been taken away. Children are being forcibly separated from their relatives and placed in orphanages to be raised by the state.

The scale of torture, deaths and enforced political indoctrination in the camps are “unprecedented as a human rights atrocity in China", according to Georgetown university Professor James Millward. German scholar Adrian Zenz, testifying before the US Congress, described what is happening as “a monstrous crime against humanity, on a scale and level of sophistication that has rarely been witnessed in modern history”.

Camp survivor Mihrigul Tursun told US legislators how she had endured interrogation for days on end, sleep deprivation, and a starvation diet of one small piece of bread each day. When subjected to repeated electric shocks, she said, “I thought that I would rather die than go through this torture, and begged them to kill me.”

Civil society and politicians in other Muslim-majority countries are beginning to condemn these shocking crimes against humanity. In Indonesia, legal aid organisation Paham Indonesia, leading legislators from the Golkar and Gerindra parties, and the Indonesian Ulema Council (MUI) have all strongly protested the Chinese government’s ruthless treatment of the Uyghur people.

Muslims in Western states have also expressed alarm. Nihad Awad, the leader of America’s largest Muslim civil liberties organisation, said: “The international community must take immediate action to address the brutal, systematic repression being inflicted on Xinjiang’s Muslim population. Reports of mass violations of human rights should not be ignored or excused.”

Uyghurs need Malaysians’ help to end this nightmare. Malaysia’s active civil society should play a vital role in arousing public concern. Taking the lead, the Malaysian Bar Council has already pointed out the repression facing Uyghurs in China in addressing the case of the 11 refugees. In July, Tenaganita called for “protection and compassion” for Uyghurs, saying that they “are now one of the most persecuted groups in the world”.

It is natural and right for Malaysians to express brotherhood and sisterhood with Uyghurs who are suffering for their faith. And as multi-faith society, Malaysia can be a leader in giving voice to the principle of human dignity for all.

Uyghurs also urge Malaysia to take a strong stance as an influential member of the Organisation of Islamic Cooperation (OIC). The OIC has been slow in responding to the Uyghur crisis. But in early December, the OIC’s Independent Permanent Human Rights Commission heard an extensive briefing on the plight of the Uyghurs in China, and stated its concern about their treatment. This represents a beginning. The Malaysian government should seize the opportunity to activate the OIC’s duty, as the collective voice of the Muslim world, to stand up against the persecution of Muslims in China, including Uyghurs, Kazakhs, Kyrgyz, and Hui.

The 11 Uyghur refugees released in October are now safe from their persecutors. Although these men face formidable challenges in building a new life in Turkey, they are able to freely practise their faith and live with dignity. Malaysia’s role in protecting them from persecution was critical.

Today, Malaysia has a bigger a role to play in freeing millions of Uyghurs imprisoned and targeted for their ethnicity and religious beliefs. Malaysia is poised to earn the gratitude of an entire people, and the admiration of the world, as a leader in the global campaign to save the Uyghurs.