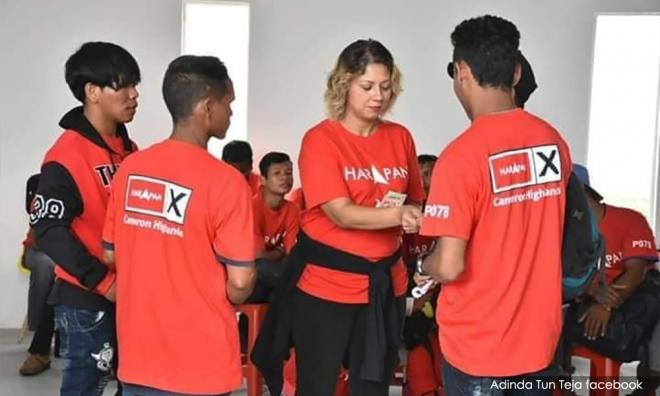 CAMERON POLLS | MACC has recorded a statement from a woman who was photographed wearing a Pakatan Harapan T-shirt and distributing money to volunteers for the Cameron Highlands by-election.

Quoting sources, Astro Awani reported that she was at the MACC operations centre in Tanah Rata for almost three hours since 7pm last night.

The report added that the woman declined to speak to the media and covered her face with a jacket.

After photographs of her distributing the money went viral, Harapan leaders, including the coalition's candidate for Cameron Highlands M Manogaran, said campaign volunteers were being reimbursed for their petrol expenses.

The leaders contended this did not violate election laws.

Responding to this, DAP veteran Lim Kit Siang accused Najib of deliberately "misquoting and distorting" the ruling, which paved the way for the Jan 26 by-election.