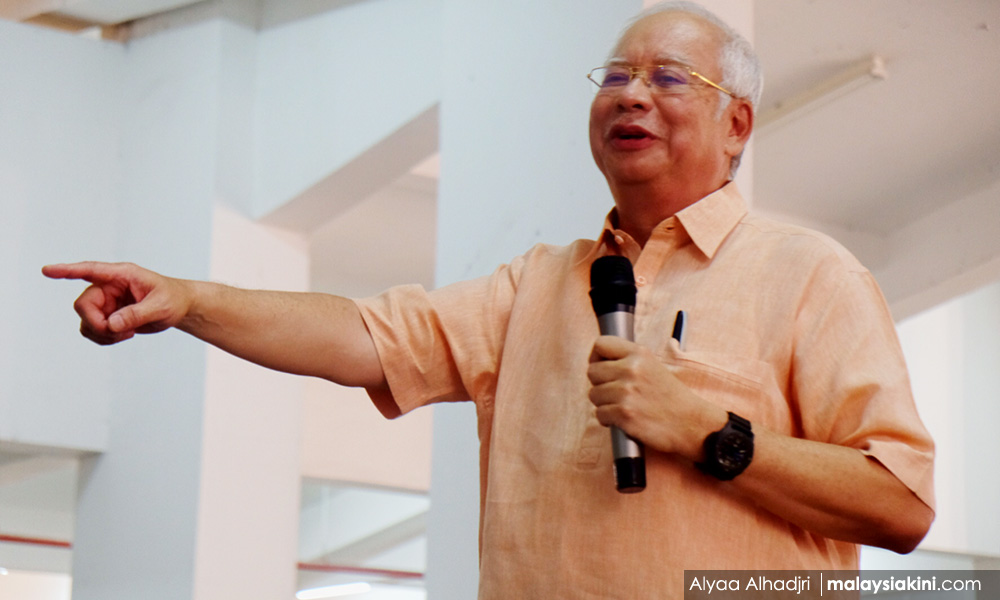 The judge who declared the Cameron Highlands seat vacant and triggered the ongoing by-election had said that petrol money is a form of corruption too, Najib Abdul Razak has pointed out.

"It is no matter that the money was given as 'duit rokok' (cigarette money) or 'duit minyak' (petrol money) as it constitutes bribery,” the judge was quoted as saying in the excerpt of the report.

“But the judge said whether it is in giving money for cigarettes or petrol, it is still corruption. That was the judge’s opinion last November in nullifying the BN candidate’s victory in Cameron Highlands following the 14th general election.

“The New Malaysia is strange, but no matter. At least DAP would have the opportunity to increase its parliamentary seat and expand their influence in parliament,” Najib said.

Previously, opposition politicians had taken to Twitter to mock Pakatan Harapan over photographs showing money being handed out to people in Harapan Cameron Highlands T-shirts.

However, Harapan leaders, including its Cameron Highlands candidate M Manogaran, said the photograph merely shows the party’s campaign volunteers being reimbursed for their petrol expenses, and doing so is not in violation of election laws.

Arvind Bharet, the assistant to the Jelai Harapan operations chief, explained that the spending would be declared as part of Manogaran’s campaign spending.

“I want to stress that was reimbursement money for the petrol costs for Harapan volunteers who came to Tanah Rata on their own motorbikes from their houses in the interiors on nomination day,” he said.

Bersih chairperson Thomas Fann, meanwhile, told reporters yesterday that it is not illegal to reimburse party volunteers’ expenses, as long as this is declared as part of a candidate’s RM200,000 campaign spending limit.

However, not everyone is happy with Harapan’s explanation.

MIC vice-president C Sivarraajh (photo) had won the Cameron Highlands seat during the 14th general election, but his victory was nullified following an election petition brought by Manogaran.

In nullifying the victory, the judge Azizah witnesses’ testimonies have proven that there were corrupt practices in the election and there is no need to prove where the votes went.

"It is no matter that the money was given as 'duit rokok' (cigarette money) or 'duit minyak' (petrol money) as it constitutes bribery.

She added: "Therefore I find, that the corrupt practice was committed in connection with the election with the knowledge of the respondent (Sivarraajh).

"Consequently, I declare that the election for the parliamentary constituency of Cameron Highlands P078 held on May 9 was void."

However, the case did not pertain to campaign volunteers.

Instead, it was alleged that RM25,000 had been given to the Tok Batin (Orang Asli village chiefs) to be distributed to villages. The Orang Asli were supposedly given between RM30 to RM1,000 each, while the Tok Batin received RM500 each.