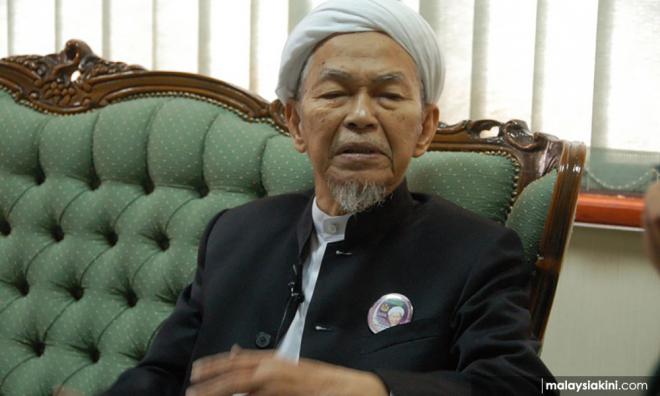 Nik Aziz and the missing cross

There has been intense debate over how the lights of a building under construction in Penang had resembled a cross.

The matter is now under investigation after PAS information chief Nasrudin Hassan accused the developer of being involved in a Christianisation agenda since one of its founders was linked to a US-based Christian organisation.

He also accused Penang Chief Minister Chow Kon Yeow and the developer Nova Mulia Development Sdn Bhd of attempting to sidestep the issue by claiming the lights displayed a Chinese character instead of a cross.

This morning, Deputy Penang Chief Minister P Ramasamy urged developers to be more ethical and not to incite or provoke others.

On social media, netizens have also been locking horns over the issue.

Speaking to Malaysiakini, he said the menteri besar's office is located opposite the Our Lady of Fatima of the Holy Rosary church.

“I used to work in the state government office from 2000 to 2004. I can't recall when exactly this incident happened. But I was responsible for handling it.

“One morning, a state exco member called me. He told me that Tok Guru (Nik Aziz) noticed that the cross on the church's roof was missing and wanted to know what happened.

“The exco said Nik Aziz told him if PAS people had asked for the cross to be taken down, then please put it back. So the exco asked me to find out what happened,” he told Malaysiakini.

Hu said the late Nik Aziz, who was also PAS' spiritual leader, had to make a U-turn in front of the church to reach his office.

“I think he must have noticed the cross was missing then,” he added.

Hu, who is now with the PAS splinter party Amanah, said he then checked with the church regarding the missing cross.

“I was told the cross was temporarily removed for repair work since the roof was leaking and would be returned to its original position after the work is completed,” he added.

This incident was also recounted by a former headmaster in Kelantan, Jerome Fernandez, in an article republished in the Catholic newspaper, Herald, in March 2015, a month after Nik Aziz's death.

In his version titled “The Tok Guru I Knew”, Fernandez said Nik Aziz told the church to bill the menteri besar's office for the repair work and had wondered if vandals were responsible.

“One day the parish priest received a morning call from the menteri besar’s office. The official said Tuan Guru had noticed that the cross on top of the church was missing.

“The parish priest said that in actual fact there was no vandalism. There was a storm the previous night and the cross had fallen off the steeple,” he added.

After consulting with Nik Aziz, the article stated that the official said: “The menteri besar wants the church to replace the cross and the bill for the replacement to be sent to the menteri besar’s office for payment. The menteri besar feels that as head of the government he is responsible for what had happened.”

In April 2015, PKR president Dr Wan Azizah Wan Ismail also recalled the incident, but in her version, Nik Aziz had visited the church and asked about the missing cross.

“He was so concerned over it and this is Islam,” she had said.

She cited this when commenting on a protest calling for the removal of a cross, placed on the facade of a church building in Taman Medan.

Nik Aziz, who was respected by both friends and foes, died at the age of 84. He had retired as menteri besar two years earlier.

In mourning his death, Fernandez penned: “With your simplicity, you endeared yourself to everyone. You walked the talk. I am blessed to have met you. When the history of this nation is re-written people will remember you and say: ‘This was a Great Man’. ”