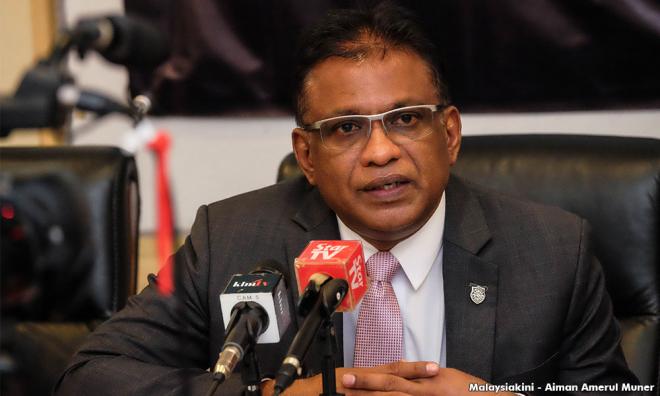 The Malaysian Bar has pointed out that frivolous applications in court can be regarded as misconduct which could result in disciplinary action.

This was after lawyer Muhammad Shafee Abdullah sought to postpone former prime minister Najib Abdul Razak's corruption trial in relation to SRC International, which is due to kick off next month.

"According to the news reports, the defence team has had over seven months to prepare its defence, which is a reasonable amount of time.

"We do not condone what appears to be a frivolous application for adjournment, especially if the intention is to delay the trial.

"Counsel should assist the court to complete trials in a prompt and professional manner, especially in cases of such significant public interest," Malaysian Bar president George Varughese said in a statement.

Varughese stressed that lawyers and officers of the court must show conduct that is ethical, professional and with integrity at all times.

"Frivolous applications for adjournment are in breach of the Legal Profession (Practice and Etiquette) Rules 1978, non-compliance with which may be regarded as misconduct within section 94(3) of the Legal Profession Act 1976, and may lead to disciplinary proceedings being taken against an advocate and solicitor or a pupil reading in chambers," he said.

Najib is accused of criminal breach of trust and abuse of power in relation to RM42 million of funds belonging to SRC International, a former 1MDB subsidiary which is now under Minister of Finance Inc.