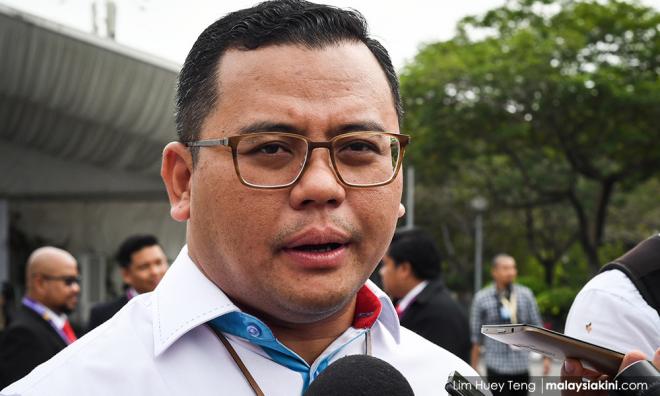 S'gor Harapan to decide on Semenyih by-election candidate next week

Selangor Pakatan Harapan will be holding a meeting soon to discuss the candidate for the Semenyih state seat by-election scheduled in early March.

State Harapan chairperson Amirudin Shari said he would be calling all Selangor Harapan component parties for a meeting next week to select the candidate for the by-election.

"Next week I will call for a Harapan state meeting. Hopefully, all parties will reach a consensus on the Harapan candidate and we hope to retain the seat," he told reporters after a charity golf tournament organised by Surau Ar-Rayyan in Section 17, Shah Alam today.

On the by-election candidate, Amirudin said he would leave it to Bersatu which is the incumbent for the seat to find the eligible candidate.

"Any change to the party contesting there will be made by the presidential council or Harapan top leadership. Hopefully next week we will decide on the candidate and which party is contesting,” he said.

Meanwhile, commenting on the proposal to have health examination for contesting candidates, the Selangor menteri besar said the proposal should be studied for implementation in future.

“Four Selangor state assemblypersons have died in which three were due to health problems,” he said.

The Semenyih by-election will be held on March 2 and the nomination of candidates has been fixed on Feb 17 while early voting will be on Feb 26.

This following the death of incumbent Bakhtiar Mohd Nor, 57, on Jan 11, from a heart attack.

Earlier, the charity golf tournament collected RM300,000 for the surau to build a double-storey hostel for tahfiz students.