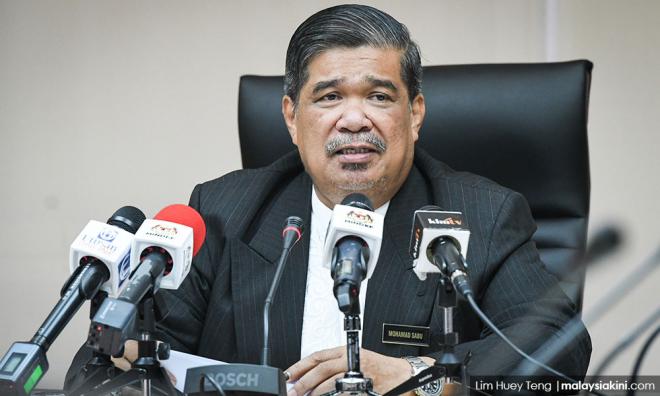 Mat Sabu's lawyer to send letter of demand to Khairy

Mohamad Sabu's lawyer will send a letter of demand to Umno's Rembau MP Khairy Jamaluddin over his claim that the defence minister had used government assets for the Cameron Highlands by-election.

Mohamad's press secretary Amin Shah Iskandar said the minister had already explained the claim and Khairy's repeat of the allegation was defamatory.

"At a press conference at Kampung Orang Asli Sungai Ruil in Brinchang today, the former Umno Youth chief made a defamatory statement that the defence minister used the Malaysian Armed Forces assets while campaigning for Pakatan Harapan for the Cameron Highlands by-election.

"Khairy continues to issue the defamatory statement despite the defence minister had already clarified the matter in a statement on Jan 15.

"The minister's personal lawyer will send a notice of demand to Khairy soon," he said in a statement today.

Khairy today claimed that Pakatan Harapan failed to walk the talk on not abusing government assets for political purposes.

Among the examples he gave was Mohamad's alleged used of an Armed Forces vehicle.

The Defence Minister had on Jan 15 said a photograph of Mohamad walking away from a helicopter was an official visit to the Slim Camp in Cameron Highlands before the start of the by-election campaign.

It added that the servicemen in that camp were not local voters but from the constituency of Sungai Petani in Kedah.