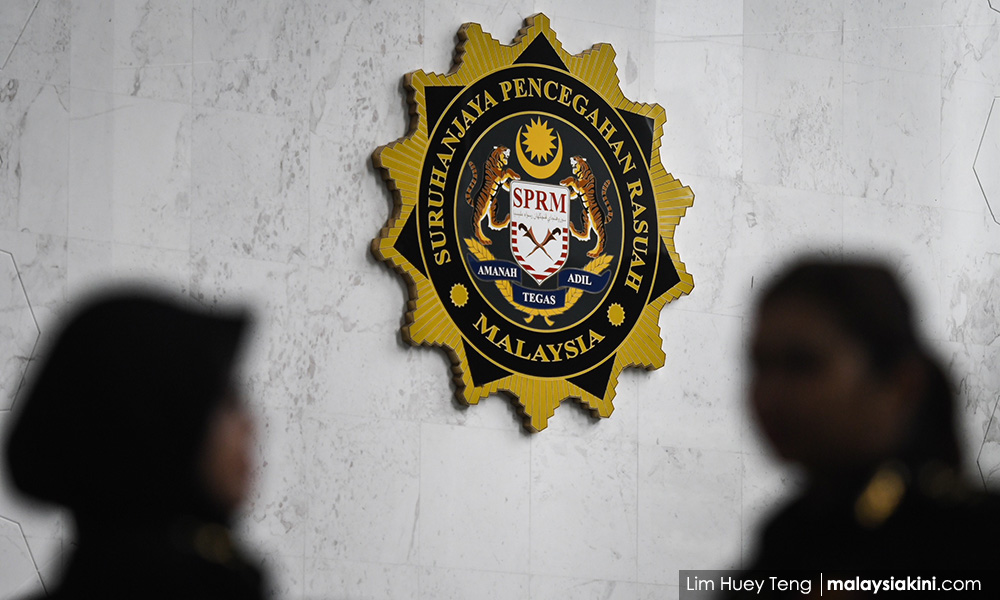 The son of a top management official from the Companies Commission of Malaysia (CCM) handed over documents on Tuesday to anti-graft investigators to facilitate the latter's probe into the statutory body.

According to Berita Harian, the man in his 20s is believed to be linked to a scandal involving a project worth RM500 million.

Quoting sources, the daily said the man was summoned by MACC to hand over documents related to the investigation into the project.

Previously, the media had reported that MACC had opened an investigation into the son of a senior CCM officer, who was allegedly involved in the scandal.

MACC raided CCM’s office in Kuala Lumpur on Jan 17, marking the fifth raid it had carried out in relation to the case so far.

macc
ccm
Related Reports
CCM again raided by MACC over RM500m projects
a year ago
NGO calls for MACC, PAC to probe CCM over direct tender claims
2 years ago
CCM to seek clarification from KPMG on 1MDB accounts
2 years ago
CCM lashes out at Hadi over 'Christian caste' remark
2 years ago