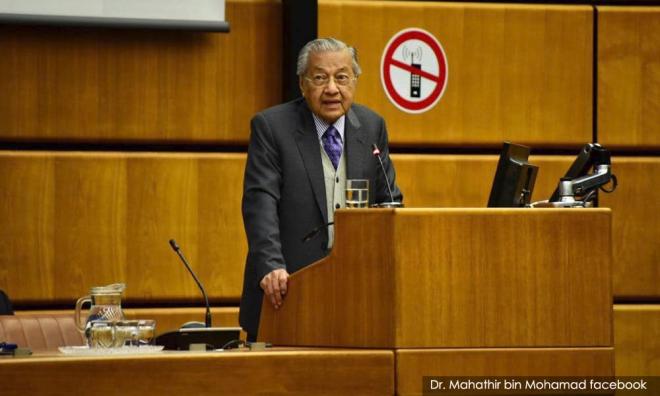 PM wants Malaysia to stop being seen as corrupt

Dr Mahathir Mohamad has impressed upon the international community to change its perception of Malaysia as a corrupt and kleptocratic country to a "new Malaysia, clean Malaysia."

The prime minister, addressing the 10th Annual Conference and General Meeting of the International Association of Anti-Corruption Authorities (IAACA) in Vienna, shared his experience on how difficult it was to mend and put Malaysia back on the right track as a democratic and progressive country.

Mahathir, who was on a three-day working visit to Austria, told the delegates that the IAACA role was very important to combat corruption as borders are porous, and that international cooperation helped in eradicating graft – as Malaysia experienced with the 1MDB scandal.

He also admitted that the first thing the Pakatan Harapan government did after being elected into power last May was to rebuild the machinery of the government and remove senior government officers who openly and politically supported BN.

"With corruption, a nation cannot grow as it should. This crime hinders development and gives other negative impacts such as a higher cost of living and cost of doing things.

"Many things cannot be done as (government) officers demand money from the public to implement them. Approval will be delayed (if people don't give bribes)," he said during a lecture at the International Anti-Corruption Academy (IACA), in Laxenburg on Monday.

Mahathir proposed that IAACA set up a fund focused on supporting officers being oppressed – losing their jobs, facing threat, or even to the extent of being killed – in the line of duty.

IAACA president Ali Fetais Al-Marri said later that the fund was named after Dr Mahathir in honouring his efforts to eradicate corruption.

As a start, Malaysia agreed to donate RM500,000 to the fund. The Emir of Qatar, Sheikh Tamim Hamad Al-Thani, agreed to contribute RM1.4 million.

Mahathir is the first Malaysian prime minister invited to IAACA, said its vice-president, Abu Kassim Mohamed (photo), who is also the director-general of the Governance, Integrity and Anti-Corruption Centre (GIACC) and former MACC chief.

"Fighting corruption is one of the many actions of Mahathir that caught international attention (since he took office last May). He is an inspiration to many," he said.

The IAACA is an independent, non-political anti-corruption organisation, composed of institutions responsible for the investigation, prosecution and prevention of corruption around the world, with 140 countries and regions participating in the association through organisational and individual membership.

The objective of the association is to promote the effective implementation of the UN Convention Against Corruption (UNCAC), fostering constructive collaboration among its members in the prevention and control of corruption, as well as in asset recovery and international cooperation.

Apart from the anti-corruption related events, Mahathir, the oldest world leader, also caught the attention of the press by meeting the youngest, Austrian Chancellor Sebastian Kurz.

Later, during a dialogue session at the Grand Wien Hotel with Malaysians residing in Austria and the Slovak Republic, he congratulated an individual who said that he only works 10 days in a month.

"I would like to congratulate you. Me, at my age, you can't rest. Time is very short for me, and I don't have enough time for a lot of things that I want to do.

"A lot of people are waiting to see me (and asking me) to do this and that. So, I need time and I cannot waste time doing nothing," he said, eliciting applause from the 100 people in attendance.

Mahathir, who was accompanied by his wife Dr Siti Hasmah Mohd Ali on the visit, last visited Austria in 1985 during his tenure as the fourth prime minister of Malaysia.