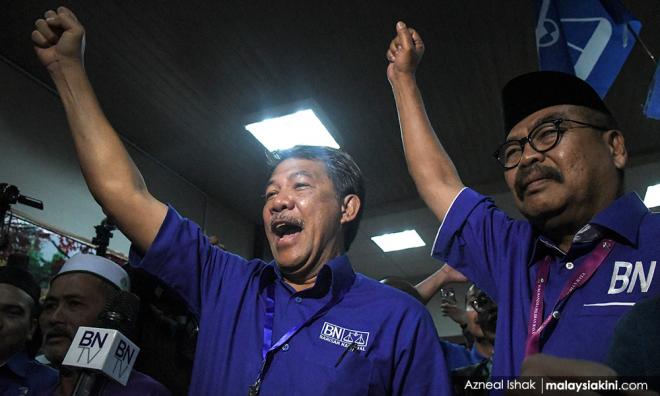 "We will not stop until Putrajaya is ours again, God willing," he said in a statement posted on his Facebook page today.

According to Mohamad, the minorities in the constituency, especially the Orang Asli, have clearly shown the kind of lawmaker they want in Parliament by electing a BN representative.

"This is a huge mandate for BN and PAS, and we will work together to fulfil the trust given," he said.

The results also showed that Cameron Highlands voters did not let themselves be "threatened and insulted into submission," Mohamad noted, adding that they still remember what BN did for them when it was in power.

PKR president Anwar Ibrahim, meanwhile, said that the outcome of yesterday's polls is an indication that Harapan should be more sensitive to the people's anxieties, especially on the economy and the cost of living.

"We also have to work harder to fulfil the 14th general election manifesto, and handle problems regarding race and religion, for the benefit of all."

Anwar also said Harapan accepted the results of the by-election, and congratulated the winner, BN direct candidate Ramli Mohd Nor.

He also commended the Election Commission for its handling of the by-election.