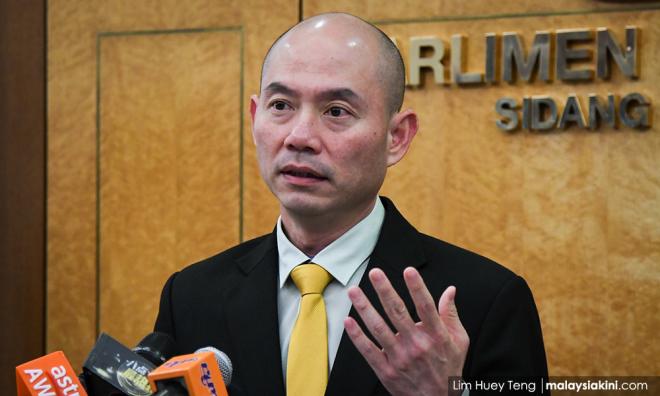 Lim Lip Eng asked today if PAS' agreement to settle its defamation suit against Sarawak Report is tantamount to an admission of the party's guilt of the claims made by the whistleblower.

In a statement, the Kepong MP called for a definitive answer from PAS president Abdul Hadi Awang and other party leaders on the matter.

"After spending more than RM2.5 million in legal fees, and given a court date in April, it does not make sense for Hadi to give up so easily, especially with a seemingly outrageous claim of his party having received RM90 million from former disgraced prime minister (Najib Abdul Razak).

"This raises the question – were the allegations in the article nothing but the truth? Do Hadi and other party leaders dare give a simple, straightforward 'yes' or 'no' answer?"

"The rakyat, voters in Kelantan and Terengganu, PAS members, the Inland Revenue Board, and the MACC, need to know," he said.

Lim was responding to a report yesterday that Hadi had agreed to an undisclosed settlement with Sarawak Report editor Clare Rewcastle-Brown, through a consent order dated Feb 1 at the London High Court of Justice.

Other than both parties withdrawing their claims, and no order being made as to costs, the other terms of the settlement remain a secret.

However, the removal of the said article – which alleged that PAS received RM90 million to ensure the party's support for BN and Umno – is not among the terms, as it remains unaltered and unretracted on Sarawak Report.

'What happened to the donation?'

Lim further questioned what would happen to the money PAS raised through a donation drive to fund the lawsuit.

"Just last month, PAS was seeking further public donation to raise RM400,000 for the cost of the legal suit.

"Did PAS manage to collect the whole sum? If yes, will Hadi donate the balance of the money, if there is any left – to the needy in Kelantan and Terengganu?" he asked.

Otherwise, keeping the money for itself would not be the "morally right" thing for PAS to do, he added.

According to Lim, settling the matter out of court, instead of going to a full trial, has only raised more questions.

Following the out-of-court settlement, Sarawak Report editor Rewcastle-Brown told Malaysiakini yesterday that she regarded the outcome of the suit as a "total victory and vindication."