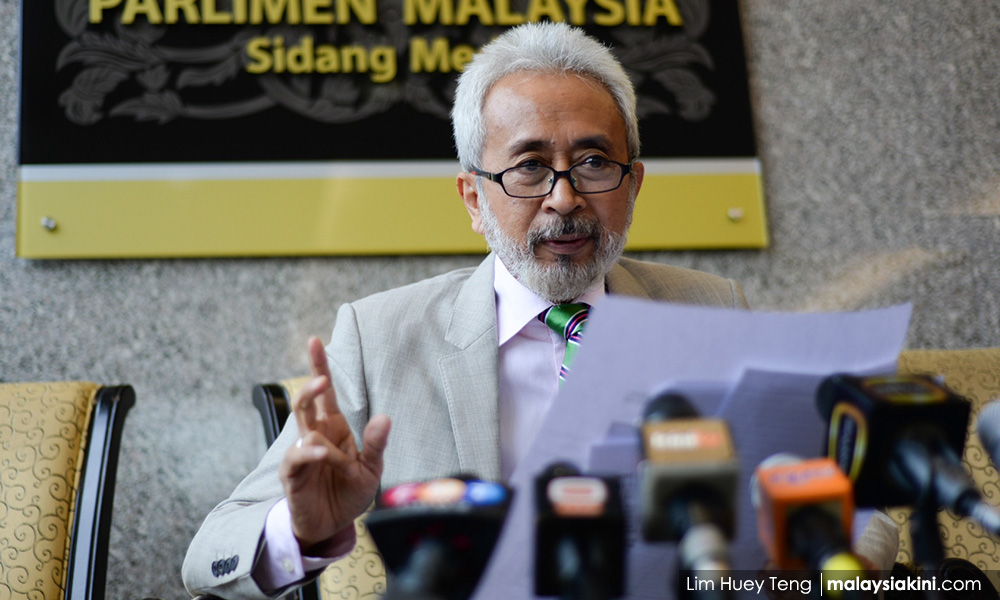 Terengganu Amanah chairperson Raja Kamarul Bahrin Shah Raja Ahmad said that when he attended several weddings in the state yesterday, news of the settlement was a popular topic of discussion among guests.

He noted that PAS supporters were previously given the impression that Hadi had won the suit against Sarawak Report, even before the case was heard in the London High Court.

"There were many who asked where is the dignity of PAS in settling the suit and allowing it (the claim) to continue being published in Sarawak Report," he said in a statement today.

"Now there is no more suit, and the burden of shame is still there, with the continued publication of the claim that PAS has accepted RM90 million from Umno.

"PAS members and supporters, meanwhile, are asking about the RM3 million collected from them supposedly to cover costs of the defamation suit against Sarawak Report."

Raja Bahrin claimed that PAS supporters had donated millions of ringgit to support the legal costs of filing the suit, at a time when the people are struggling with the costs of living.

He also noted that PAS vice-president Idris Ahmad had said last month that the party was seeking to raise RM400,000 from the public to meet the cost of the legal suit, on top of the RM2.5 million it had spent so far.

"So now they felt cheated and are demanding an explanation from their leaders. Why did they seek a donation of RM3 million if the suit was going to be withdrawn?" he asked.

Raja Bahrin also claimed that questions are now raised as to whether PAS' move to file the suit against Rewcastle-Brown ahead of the general election last year was merely a cover-up attempt to help both itself and Umno.

Similarly, he wondered if PAS' most recent plea for donations was done to seek sympathy on grounds that its leaders were alleged victims of slander by foreign parties.

Overall, he pointed out that PAS supporters were the biggest losers after their contributions had gone to waste, while Rewcastle-Brown gained the upper hand with the Sarawak Report article remaining unretracted on the site.

Amanah vice-president Husam Musa, meanwhile, penned a "condolence" message to leaders and supporters of his former party for the settlement that supposedly failed to deliver a favourable ending.

"The good name of a party that used to carry the hope of the people has been sullied.

"In a world where logic still prevails, the failure to seize an opportunity to counter claims by Sarawak Report should be followed through with certain actions," he said.

Husam added that Hadi, as the plaintiff, could resign from his position as party president, and any leader involved with the claims made by Sarawak Report could take a similar move.

"After spending more than RM2 million, which is partly collected from members and supporters, the one who profited are only the lawyers in London, while Sarawak Report remains unaffected," he said.

Following the out-of-court settlement, Rewcastle-Brown told Malaysiakini yesterday that she regarded the outcome of the suit as "total victory and vindication."