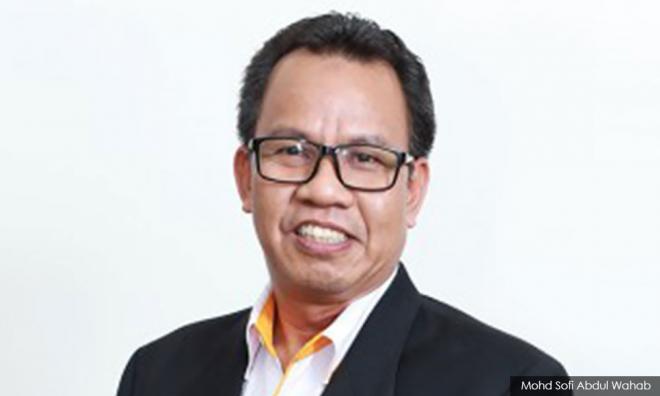 The Malacca Islamic Religious Council (MAIM) said today it regards the allegation by the opposition pertaining to the issue of mosque management in the state as defamatory with malicious intent to cast doubts on its credibility as a religious institution.

Its deputy chairperson Mohd Sofi Abdul Wahab (above) said MAIM strongly dismissed the allegation by state PAS commissioner Kamaruddin Sidek in his talk on "Cooperation of PAS and Umno in defending Islam and Malays" at Kampung Pulau, Durian Tunggal in Malacca, on Feb 2, which was also aired live on Facebook.

He also refuted Kamaruddin’s claim that the institution of mosques in the state was no longer "functioning" and devoid of any activity after the Pakatan Harapan government took over the state administration about nine months ago.

“This is a baseless allegation as all activities are still being carried out as usual and the mosque committees were functioning until last Dec 31.

“However, the process of appointing new mosque committee members is expected only to be fully finalised at the latest by Feb 20, and, in the meantime, the Syarak officers are taking over the task,” he told a press conference at the Melaka International Trade Centre (MITC) in Ayer Keroh.

Sofi, who is also the State Public Works, Transport and Public Utilities Committee chairperson, stressed that no discussion had been held regarding the claim that MAIM would take over the collection of mosques in the state.

“Religious matters should not be politicised... as if MAIM is distrustful (fearing irregularities) and wants to restrict the mosques from organising religious activities.

“We want to set the record straight as the opposition seems to have raised a negative perception deliberately and caused confusion among the people when the state government has never held any discussion on the issue (of taking over),” he said.

Hence, he said, six reports had been lodged for the police to investigate the involvement of Kamaruddin and others in the politically-motivated statement.

“The freedom of speech allowed by the government today should not be abused by the opposition to spread baseless allegations for the purpose of dividing the community,” said Sofi, who is also the Durian Tunggal assemblyperson.

Thus far, five of the 185 mosques in the state have completed the appointment of the new committees, namely Beringin, Kesang Luar, Tengkera, Kampung Hulu and Kampung Kling, he said.