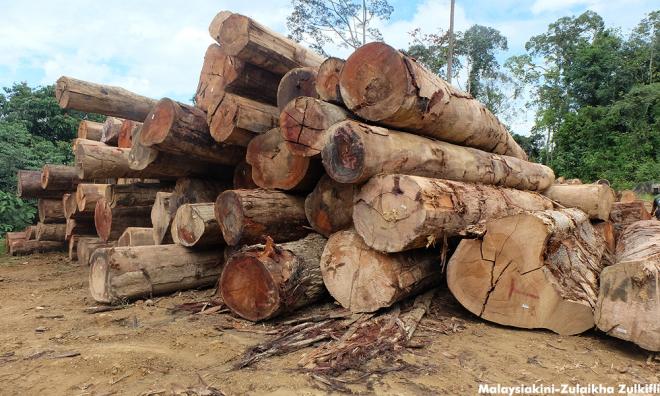 The Orang Asli community in Gerik are reportedly at loggerheads with the Perak government, whom they accuse of encroaching onto their customary land for logging.

This comes amid a push by the Harapan federal government to sue the PAS-led Kelantan government for the same alleged transgression against the Orang Asli in Gua Musang.

According to the police report, logging activities were carried out without their knowledge or approval. When their protests allegedly went unheard, the community then set up blockades.

The tok batin claimed that on Jan 30, representatives of the logging company involved, as well as the Perak Forestry Department, had warned the villagers that the logging would continue and that those who resist would be dealt with by force.

FMT cited an Orang Asli representative who declined to be named as saying that a police report had also been filed earlier on Jan 27. The logging is allegedly taking place over 80ha, encompassing the customary land of the Kampung Tasik Cunex Orang Asli.

"Perak is under Harapan. Don't just sue Kelantan. Sue Perak too, which is destroying the lives of Orang Asli there," she was quoted as saying by FMT.

On Jan 18, it was announced that Putrajaya was initiating legal proceedings on behalf of the Gua Musang Orang Asli against the Kelantan state government.

Last month, the Pakatan Harapan government announced that it was initiating legal proceedings on behalf of the Gua Musang Orang Asli against the Kelantan government.

Among others, attorney-general Tommy Thomas said the Kelantan government and its agencies had granted logging rights in Gua Musang to private companies without consulting the Temiar community or offering them compensation, and had caused irreparable damage.

Thomas said Putrajaya decided to sue Kelantan in recognition of the government's constitutional and legal duty to protect the Orang Asli and promote their wellbeing and advancement.