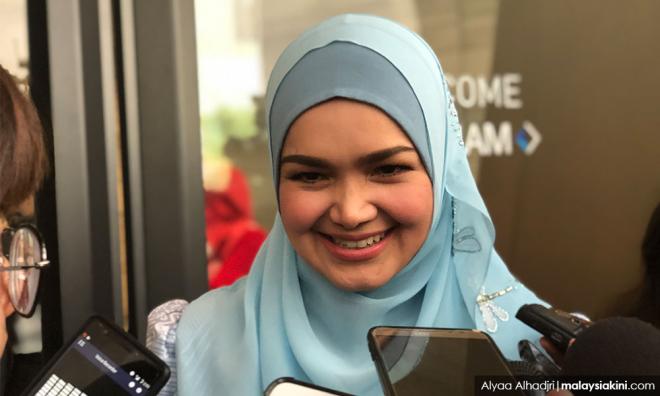 “It must be just a rumour. I am involved in the process of selecting the candidate.

"Her name has not come up so far. I do not know if there will be a suggestion later. I am not sure if she is a Bersatu member,” he told reporters in Alor Setar today.

Mukhriz, the Kedah menteri besar, was asked to comment on speculation that the singer would contest the March 2 by-election on a Harapan ticket.

The by-election is being held following the death of the Bersatu assemblyman, Bakhtiar Mohd Nor, 57, of a heart attack on Jan 11.

The nomination is on Feb 16.

Asked to comment on alleged differences of opinion over the Bersatu candidate for the by-election, Mukhriz brushed it aside as propaganda of the opposition.

"Whenever the name of a candidate is announced, some people quickly start a psy-war to make it seem there is disunity in Bersatu.

"This is an old tactic which was used in the old party (Umno). I know this is orchestrated by outsiders and not our party members.

“The candidate-selection process is ongoing. We are considering all possible candidates and there is no limit on the number.