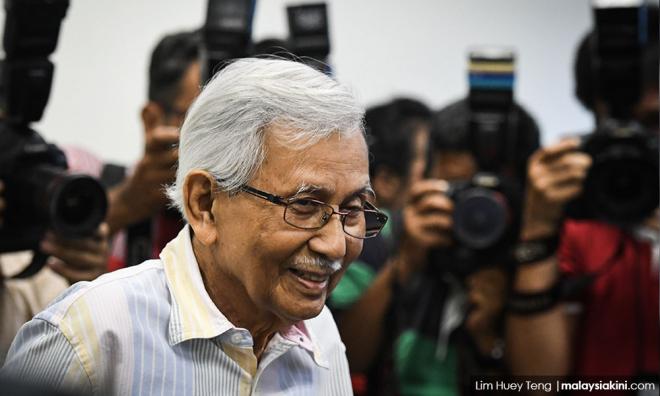 The enigma of Daim Zainuddin

BOOK REVIEW | Daim Zainuddin has been — and remains — an influential Malaysian political and business figure. A former prominent politician within Umno, close confidant and principal economic adviser to Dr Mahathir Mohamad during his first term as prime minister, and generally recognised as the architect of major reforms that rescued Malaysia’s economy during the major financial crises of the Mahathir era, Daim has long been regarded as a gifted and innovative politician as well as an exemplary Malay success story.

His biographer, Michael Backman, has been hailed as a leading interpreter of Asian political, economic and cultural affairs. One would therefore anticipate a detailed, robust and perhaps controversial biography (‘Daim Zainuddin: Malaysia’s Revolutionary and Troubleshooter’, River Books: 2018).

Backman provides us with a general outline of Daim’s life and career. Born in 1938 into a large family in Alor Setar, Kedah, at his father’s insistence, and rather unusually for a Malay of that period, Daim received an English education. He initially worked as a teacher, but later studied law in London. Following his return to Malaya in 1959, Daim practised in various legal firms. In 1968, convinced that law would not provide the fulfilment or wealth that he sought, he turned his hand to business.

However, his first two commercial ventures — a salt business and plastics production — were failures. His fortunes changed after he branched into real estate development following the acquisition of a valuable piece of land in Maluri, outside Kuala Lumpur. He later diversified his holdings by investing in the stock market. Daim also acted as a business consultant to Mahathir, then the deputy prime minister.

He was appointed a senator in 1980 and was elected to parliament in 1982, representing Kuala Muda in his home state of Kedah. Daim assumed the role of treasurer of the ruling Umno party in 1981. In 1984 he was appointed finance minister, but continued to act as Umno treasurer. Between 1991 and 1998 Daim was, at his own choice, out of the cabinet. He returned, at Mahathir’s request, to manage the Malaysian economy throughout the Asian financial crisis of 1997–1998.

He resigned from this position in 2001 and later left politics to concentrate on his business affairs. More recently, he was asked to chair a Council of Eminent Persons in the aftermath of Mahathir’s election victory in May 2018 (a development not covered in the book).

It is the business and political aspects of Daim’s career on which Backman necessarily concentrates. He claims that Daim was a good politician who was approachable, who paid close attention to the needs of his constituents, and that his intelligence, pragmatism and disciplined approach to the conduct of office served him well in his political career. As Lee Kuan Yew once noted, Daim was a quick and incisive thinker and delivered on his promises.

Backman’s narrative appears to be largely constructed around a series of interviews conducted with Daim. He is generally an uncritical observer, and there is little analysis of the claims made on Daim’s behalf. Evidence or source material that might contradict or unsettle his assertions are either overlooked or dismissed as little more than hearsay.

For example, Backman accepts at face value Daim’s claim that throughout his career he was entirely free of any financial, political or general ethical impropriety. He ignores the assertion made by Edmund Terence Gomez and Jomo KS in their book, ‘Malaysia’s Political Economy: Politics, Patronage and Profits’, that Daim acquired “a lucrative piece of land on the outskirts of Kuala Lumpur”, land that was to be the source of his initial business success, largely because of his close association with Harun Idris, the Selangor menteri besar.

Similarly, Backman claims that when Daim took over the management of Fleet Holdings, Umno’s investment arm, the previous occupant, Tengku Razaleigh Hamzah — a resolute opponent of Mahathir and Daim throughout the bitter 1987 Umno factional dispute — had left the finances in a “scandalous” mess.

But this conflicts with Barry Wain’s contention in ‘Malaysian Maverick: Mahathir Mohamad in Turbulent Times’ that “confidential Umno financial accounts, professionally audited and obtained by the author … confirmed that Daim inherited a party in sound financial condition when he became treasurer”.

More astonishingly, Backman accepts without qualm Daim’s claim that he separated his official duties from his wider business dealings and did not profit from them.

This is contradicted by an array of compelling evidence provided by a wide range of scholarly and journalistic sources, all of which suggest that Daim melded his personal and political interests. As Wain comments: “By his actions, Daim made it clear that he was not going to let conventional notions of conflict of interest interfere with the way he ran his private business empire, the economy or Umno’s financial affairs. They became deeply entangled...