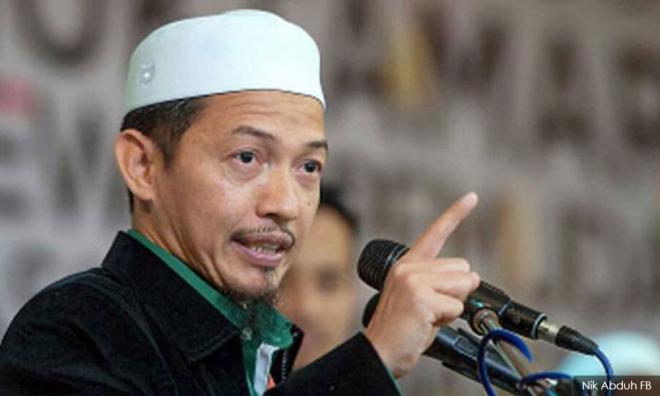 Taking to Twitter this morning, he said PAS is unfazed by the investigation.

“PAS feeling pressured? Not at all. Selamat datang, MACC,” he added.

Nik Abduh, the son of the late PAS spiritual leader Nik Abdul Aziz Nik Mat, also suggested that the Islamist party is expected to face more pressure from MACC as its influence grows.

The RM90 million and a purported audio recording of Nik Abduh resurfaced after PAS president Abdul Hadi Awang agreed to an out of court settlement over a defamation suit he had filed against website Sarawak Report in London.

The suit was filed over a news report which suggested that PAS received RM90 million from former premier Najib Abdul Razak.

The audio recording was submitted by Sarawak Report editor Clare Rewcastle-Brown as evidence with regard to the case.

It is alleged that the recording contains Nik Abduh's remarks about RM2 million he received from Umno.

Both PAS and Najib have dismissed the RM90 million allegation.

Earlier today, Malaysiakini reported that PAS pledged its full cooperation to MACC with regard to the investigation.

Party secretary-general Takiyuddin Hassan said PAS is prepared to surrender all documents required for the investigation, including bank statements.