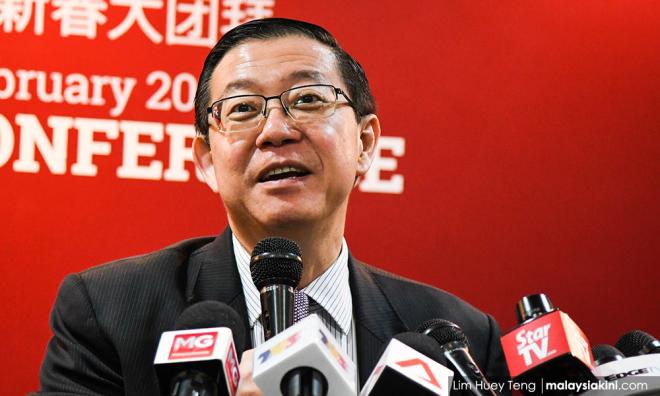 The Tabung Harapan Malaysia, which the Pakatan Harapan government set up to resolve the debt inherited from its predecessor, has collected a total of RM202,716,775.10, according to Finance Minister Lim Guan Eng.

He said based on the positive feedback from Malaysians, the cabinet on Jan 2 decided to extend the trust fund's deadline, which ended on Jan 14, for two weeks.

“Contributions made after this date would not be credited into the account and be returned to the respective donors,” Lim added in a statement this morning.

He said the account would be audited by the National Audit Department.

The minister said to ensure that Tabung Harapan is managed in an orderly manner and with integrity, a committee chaired by Treasury chief secretary Ahmad Badri Mohd Zahir would decide on the use of the funds.

“The government records its utmost gratitude to all Malaysians who contributed to the fund. Their contribution reflects their loyalty and love for this nation.

“Apart from this, it spurs the government to work towards resolving the inherited debt issue,” he added.

Soon after winning the last general election, Prime Minister Dr Mahathir Mohamad announced the setting up of the trust fund.

“When people realised how bad the government's finances are, many came forward, expressing their willingness to contribute.

“We welcome their act of patriotism and would like to thank them for their generosity,” Mahathir had said.