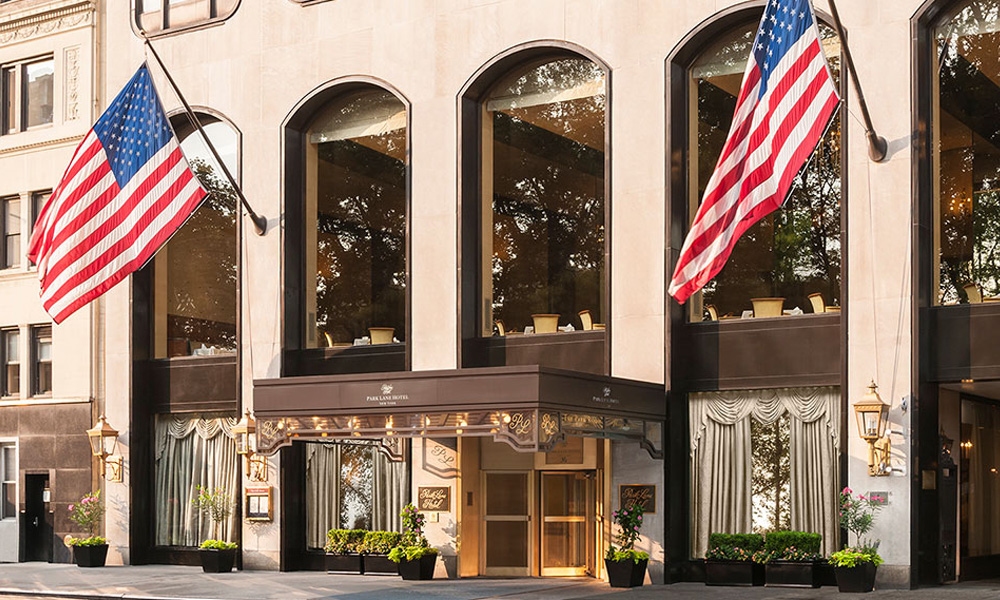 The Malaysian government is eyeing proceeds from the recent multi-million dollar sale of a stake in the swanky Park Lane Hotel (above) in New York, involving the US Department of Justice (DOJ), to an Abu Dhabi sovereign wealth fund.

A source close to the matter told Malaysiakini that the "intention" was for the money to be returned to the Malaysian government.

"That's the intention," the source said when asked if the money, US$140 million (RM571.3 million), was part of the alleged stolen 1MDB funds to be returned to Malaysia this year as said by Finance Minister Lim Guan Eng.

The minister had said this during a press conference last month, but declined to reveal the source of the repayment or the exact amount.

The sale of the hotel stake was made possible after fugitive financier Jho Low agreed to withdraw his claim to the hotel to facilitate the sale to the Abu Dhabi state fund Mubadala Development Company last November.

The sale was part of the DOJ's forfeiture lawsuits to recover money and assets allegedly purchased using money laundered from 1MDB and involving Low.

According to a Bloomberg report, US Attorney’s Office spokesperson Thom Mrozek said the money was transferred to the US government on Dec 10.

Low, through a spokesperson, previously stated that the withdrawal of his claim was due to negotiations endorsed by the DOJ and Mubadala and would ensure the value of the property is maintained.

It was understood that this did not constitute an admission of wrongdoing or liability by Low.

Sales of other assets

Penang-born Low, whose full name is Low Taek Jho, reportedly purchased an 85 percent stake in the hotel in 2013 for about US$654 million, while Mubadala later paid Low US$135 million for a stake in it.

Mubadala had also sought in 2017 to acquire Low's stake in the Viceroy Hotel Group in a deal which also required the DOJ's endorsement.

Low had also obtained the DOJ's agreement to sell off stakes in several other high-profile assets, including a Bombardier Global 5000 jet currently parked in Singapore, EMI Music and the Michael Jackson estate.

Bloomberg further reported today that the US$415 million (RM1.69 billion) proceeds from Sony Corp's acquisition of Low's EMI stakes last year was deposited into a holding account on Dec 14, pending the outcome of the DOJ civil forfeiture suits.

However, it was reported that the forfeiture lawsuits, "numbering more than a dozen", were stayed in 2017 at the DOJ’s request to protect its criminal investigation involving Low and other alleged accomplices, with the exception of cases resolved last year.

The Malaysian government had previously claimed that it may be able to recover as much as US$3.5 billion (RM14.2 billion) allegedly syphoned from 1MDB – amounting to 30 percent of the US$12.3 billion (RM50 billion) said to be lost.

Penang-born Low, meanwhile, has maintained his innocence despite being wanted in several countries, including in Malaysia and Singapore, to facilitate probes into the multi-billion 1MDB scandal which has seen former prime minister Najib Abdul Razak being slapped with multiple criminal charges.

The DOJ had on Oct 30 charged Low in absentia with conspiring to launder billions of dollars from 1MDB and conspiring to violate the American Foreign Corrupt Practices Act (FCPA).

Also indicted on multiple charges were former Goldman Sachs bankers Tim Leissner and Roger Ng. Ng has been arrested in Malaysia where he faces multiple criminal charges over 1MDB, on top of an extradition request by the US.

US investment bank Goldman Sachs, meanwhile, recently apologised to the Malaysian people for Leissner’s role in the scandal.