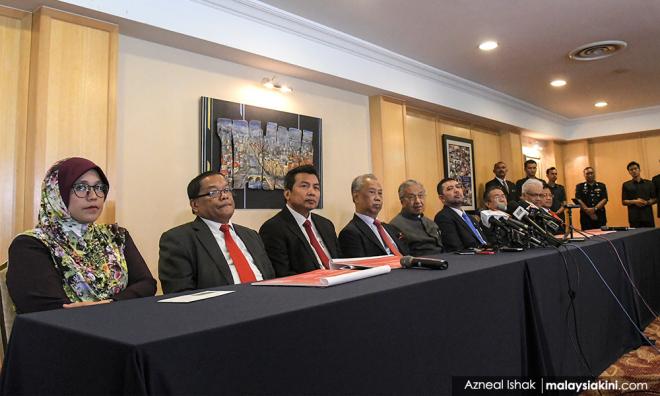 When Dr Mahathir Mohamad was sworn in as prime minister last year, he commanded the support of 122 lawmakers in the Dewan Rakyat, or a little over half.

Mahathir came a lot closer to the sought-after two-thirds majority today, when seven independent MPs – who won their seats as BN candidates last year – were formally welcomed into his party Bersatu.

There are now 22 Bersatu MPs, making them the fourth largest party in the Dewan Rakyat after Umno.

Mahathir had previously spoken of needing a supermajority in order to legislate a number of amendments to the Federal Constitution and fulfil the key reforms promised by Harapan.

Some of these pledges include imposing a term limit on the prime ministership, decoupling the role of public prosecutor from the attorney-general, providing greater autonomy to East Malaysia, and making the MACC accountable to the Parliament.

The prime minister may be able to count on the support of Sabahan MPs who are not officially in the Harapan fold to pad up the numbers.

The only United Pasokmomogun Kadazandusun Murut Organisation (Upko) MP in the Dewan Rakyat is Wilfred Madius Tangau (Tuaran), whose party is in an official pact with Warisan. Wilfred has been a lawmaker since Mahathir was last prime minister.

If these five lawmakers were to support Mahathir, the latter would command the support of 139 MPs, or nine seats short of a two-thirds majority.

Barring Umno losing more MPs to Harapan, he could resort to cobbling together a bipartisan deal with the 19 lawmakers in Gabungan Parti Sarawak (GPS) on legislative matters when necessary.

No prime minister has enjoyed two-thirds majority in the Dewan Rakyat since 2008.