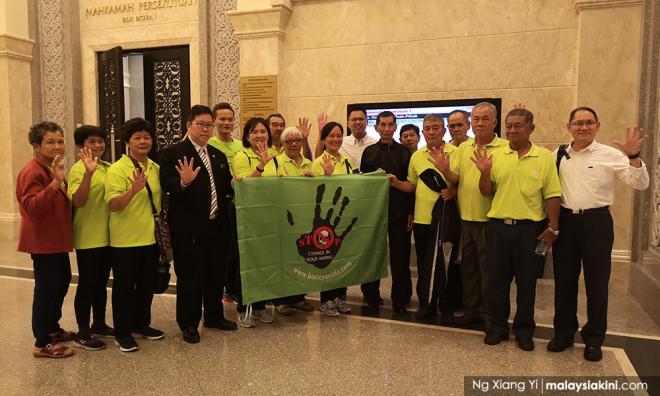 Federal Court judge Ramly Ali ruled that RAGM had failed to prove the two articles were defamatory of the company.

In the first article carried by a news portal, the judge said he agreed it did not prove that the survey results conducted by the residents were false.

"We concluded and cannot see how those words in the first article had exposed the appellant (RAGM) to hatred, contempt, ridicule or lowered the appellant in the estimation of the society at large," he said.

On the second article, Justice Ramly noted that the appellant failed to plead exactly what the defamatory words in the article were.

"The appellant has failed to prove that the publication was the same (as what Hue had said). The law requires the very words in the libel to be set out in the statement of claim in order for the court to judge whether they constitute a ground for action.

"We uphold the decision made by the Court of Appeal and dismiss the appeal," he said.

The bench also ordered RAGM to pay RM60,000 in costs to Hue.

The company had filed the suit against Hue in 2013, but lost the case at the High Court and the Court of Appeal.

RAGM also filed a suit against Malaysiakini (over the first article and video) which it lost at the High Court but the appeal was allowed at the Court of Appeal. The news portal was granted leave to appeal to the Federal Court.

With regard to the suit against Malaysiakini, Justice Ramly said he agreed with Hue's lawyers that the words pleaded in the statement of claim against the news portal were different from those pleaded in this case.

Gurdial welcomed the decision, saying the apex court allowed people to voice the concerns of the larger community.

"We applaud the decision as it took into account the wider interest of the society," he said.

Hue was among several activists who were campaigning against the firm's gold mine in Bukit Koman, Pahang, which purportedly used cyanide as part of the gold extraction process.