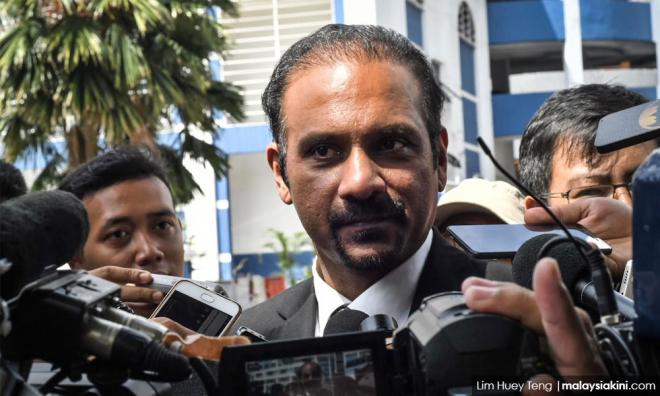 Yet another Pakatan Harapan lawmaker has joined the chorus of condemnation against the acceptance of seven former Umno MPs into Bersatu.

Bukit Gelugor MP Ramkarpal Singh called the moved "completely wrong" and a betrayal of what the people voted for in the 14th general election.

"Nearly half of Bersatu today are, in fact, post-GE14 Umno MPs. The very real possibility that such Umno MPs will soon form the majority of Bersatu is indeed frightening," he said in a statement today.

Mahathir also defended the inclusion of Shabudin, saying that what should matter is "what they are now," and not what they were in the past.

In 2017, Shabudin suggested that rapists should marry their victims, and highlighted alleged corruption in then-Penang chief minister Lim Guan Eng’s purchase of a bungalow the year prior.

'What are they now?'

In response, Ramkarpal, who chairs DAP's legal bureau, said there was absolutely no evidence to suggest that the seven lawmakers had repented since leaving Umno.

"To me, they are no different today then what they were before," he said.

"Accepting a person who once said he is open to the idea of a woman marrying her rapist into a coalition committed to reform is mind-boggling, as such action reflects a complete disregard of such reforms."

Such a move is why anti-hopping laws are crucial, Ramkarpal pointed out.

He further questioned the extent of "vetting" the MPs had gone through, as the prime minister had assured.

"How much 'vetting' of such MPs would gain the confidence of the people, that they are somehow cleansed today, as compared to nine months ago?

"The reality of the position is that people remain sceptical regardless of such vetting, as these very same MPs once stood for exactly the opposite of what Harapan stands for today."

Earlier today, DAP's Sungai Pelek assemblyperson Ronnie Liu called the acceptance of the seven MPs, whom he dubbed "rubbish," as a betrayal of the rakyat's mandate for Harapan in GE14.