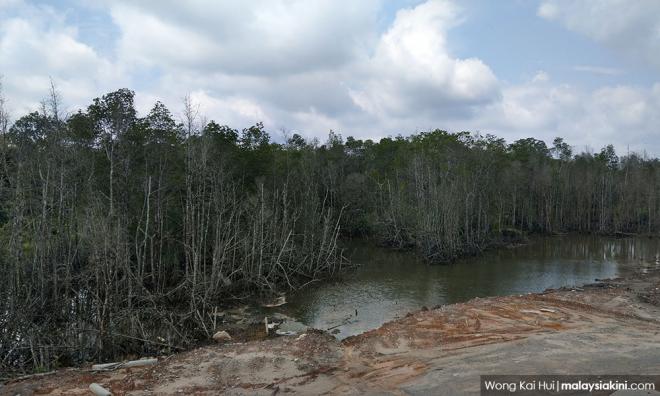 The current Johor government should not have been silent on the previous administration's decision to allow part of the Sungai Pulai forest reserve to be developed into a golf resort, said lawyer N Surendran.

In a statement, Surendran, who is the adviser to rights group Lawyers for Liberty, said the encroachment of the internationally recognised Sungai Pulai forest should have been made public by the current state government.

"The new revelations of development of the Sungai Pulai mangrove reserve are shocking. Coming on the heels of the recent Pulau Kukup fiasco, it calls for immediate and drastic intervention by the federal govt to preserve the rich mangrove sites in Johor.

"It is now obvious that the Johor government is incapable of protecting the sites. Even if the decisions and development processes began during BN rule, why has the Johor Pakatan Harapan kept silent about it?

"They were similarly silent about Pulau Kukup until media exposé," said Surendran.

There are three mangrove forests in Johor - Pulau Kukup, Sungai Pulai and Tanjung Piai - that are considered wetlands of international importance under the Ramsar Convention, an international agreement of which Malaysia is a signatory.

Last December, Malaysiakini had established that Pulau Kukup was quietly de-gazetted as a fully protected national park. The decision had been made by the Johor government in March 2018.

Yesterday, Malaysiakini published a special report which established that the Johor government had allowed part of the Sungai Pulai forest reserve to be developed into a 2,000- acre golf course.

Surendran said it would irresponsible for the federal and Johor government to remain silent on the matter because the public expected high levels of transparency from the new governments.

"Meanwhile, the previous BN state and federal leaders must come clean as to how this destruction of the Sungai Pulai reserve could have secretly happened and on what grounds they authorised it," he said.