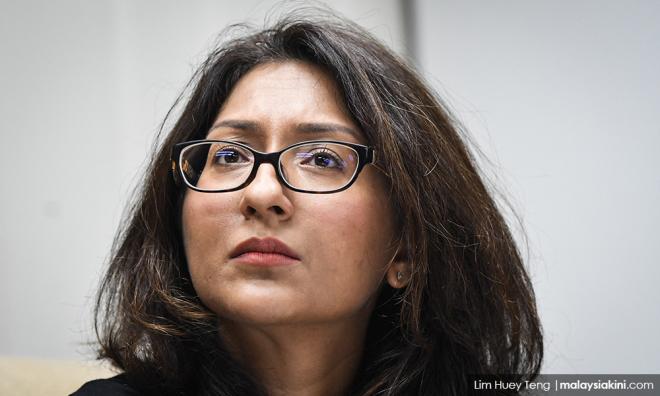 Lawyer Sangeet Kaur Deo, who had filed a suit against the chief justice has today urged him and the government to address the latest allegation made by Court of Appeal judge Hamid Sultan Abu Backer's affidavit in her case.

In a statement today, Sangeet described the 63-page affidavit as "explosive" and said that it provides detailed information regarding various incidents of judicial interferences including in her late father Karpal Singh's sedition case at the Court of Appeal in 2016.

She also agreed with fellow lawyer Mohd Haniff Khatri Abdulla that Hamid should now be accorded protection following the revelations made.

"The current administration and the CJ must immediately address the alarming revelations made by Justice Hamid. Failure to do so will speak for itself.

"The issues plaguing the Malaysian judiciary which have long been wilfully ignored are now public. Stakeholders, especially the Pakatan Harapan government, must not renege on their duty to address the crisis," she said.

Sangeet also criticised the Malaysian Bar, saying that despite serving the cause papers to her case, the Bar president had regretfully remained silent on such a vital issue involving the integrity of the Malaysian judiciary.

"The Malaysian Bar must take a stand on this matter," she added.

She also described Hamid's move to affirm the affidavit as "bold".

It was reported that Sangeet had last month filed a suit against the CJ to seek a declaration that there was judicial interference in her father's case and is seeking for a Royal Commission of Inquiry.