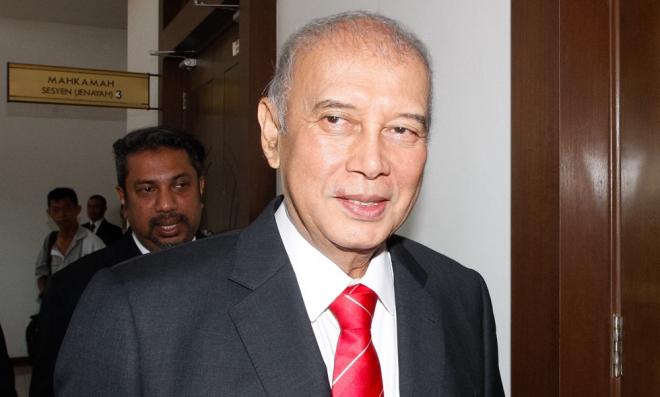 Rahim Thamby Chik to Rafizi – debate me if you dare

He was reacting to the PKR vice-president's statement that Bersatu's decision to accept former Umno MPs is equivalent to collecting rubbish and runs contrary to the will of the people, who rejected Umno and BN in last year’s GE14.

Abdul Rahim via his Twitter handle @RahimRTC labelled Rafizi's style of thinking a form of 'street politicking' and accused him of having a negative impact on both the ruling coalition and his own party.

"Many of his statements ruin PKR and Pakatan Harapan. That's why he was rejected in the last party election.”

"I challenge him to a debate with me on Harapan's strategy. Agree?"

He said if Rafizi took up his challenge, he would ask the PKR headquarters to organise the debate and make it open to the public and media.

He challenged PKR’s right to question how Bersatu goes about its business, saying that as coalition partners, they sail in the same ship.

Interactive: On the trail of defectors post-GE14

"They are busy preventing Bersatu from accepting new members instead of carrying out their duties to the people and the country. This is stupid!" he said.

Abdul Rahim contrasted Rafizi’s response with that of his party rival PKR deputy president Azmin Ali who said yesterday that the seven former Umno MPs who joined Bersatu would contribute to the party, by meeting with Umno grassroots to explain their decision to quit Umno and penetrate Umno strongholds in the rural areas.

"Surely these new members will work extra hard to strengthen Bersatu which would mean making Harapan stronger. So what's the problem?

"Azmin's statement represents the solid quality of a political figure,” he said, unlike others who were still “trapped in their old cocoon”.