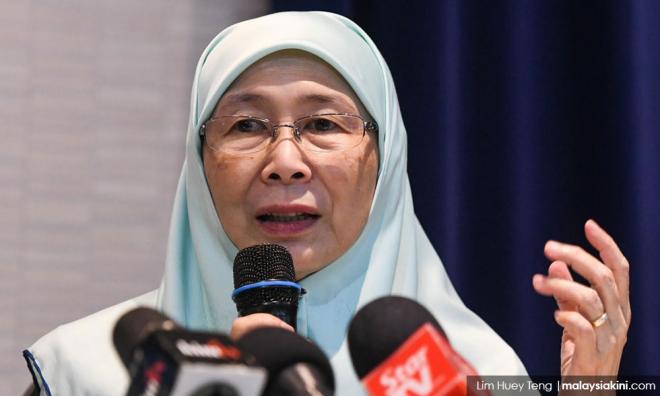 Deputy Prime Minister Dr Wan Azizah said today that she would welcome the proposed establishment of a royal commission of inquiry into allegations of misconduct in the judiciary.

"That (the establishment of an RCI) is being considered by Prime Minister Dr Mahathir Mohamad. It (the allegations) were not just made by anybody, it is by a judge.

"So, it is important that we look into it, and the setting up of the RCI is a good and appropriate move,” she was quoted as saying by Bernama.

Wan Azizah was responding to Mahathir saying yesterday that Putrajaya would study any proposal to establish an RCI into the claim of judicial misconduct.

"I am not in the position to say anything. If there will be an RCI, we will study the proposal first," he had said at a press conference in Kuala Lumpur.

On Wednesday, Court of Appeal judge Hamid Sultan Abu Backer, in a 63-page affidavit, made a series of explosive revelations on alleged judicial interference.

These include claims that top judges were regularly summoned to the Court of Appeal panel hearing PKR president Anwar Ibrahim's Sodomy II case to brief them on how to conduct themselves.

There were also claims of meddling in the sedition appeal of former DAP chairperson, the late Karpal Singh.

Hamid's affidavit was in support of lawyer Sangeet Kaur Deo's application to declare that the chief justice failed to defend the integrity of the judiciary over two instances of alleged interference.

“We will not leave any stone unturned (in the police investigation). There will be no cover-up,” he said.

In Wan Azizah's speech at a Malaysia-China Chamber of Commerce (MCCC) Chinese New Year event today, she noted that the government would continue to encourage young entrepreneurs, emerging industries and the halal industry in Malaysia to enter the China market.

"I will continue to count on the MCCC to promote and strengthen the business cooperation between both countries,” she said.