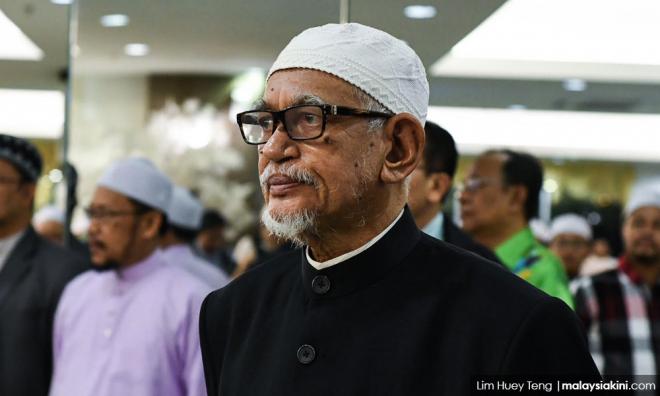 Berita Harian reported that Hadi was whisked away by bodyguards immediately after closing a cyber congress programme in Kemaman today.

Efforts to get him to comment on Mahathir's claims were reportedly ignored, and he is said to have immediately left the building in an SUV.

Earlier today, Mahathir said PAS' decision not to support Umno in the Semenyih polls was communicated to him by Hadi during their meeting yesterday.

Umno refuted this, however, with de facto deputy president Ismail Sabri Yaakob pointing out that many PAS leaders were present with BN at the nomination centre today.