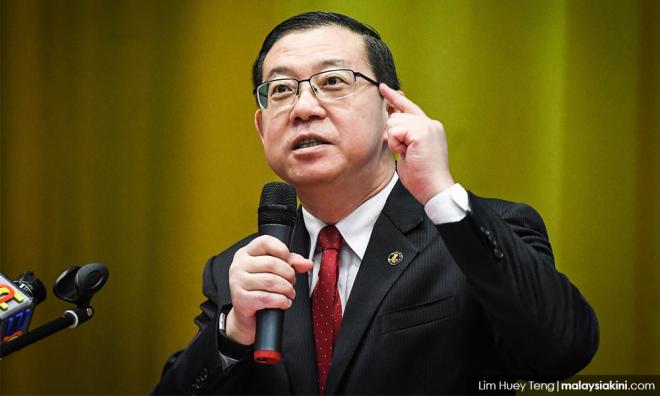 DAP secretary-general Lim Guan Eng has dismissed PAS' claim of a possible plot to remove Dr Mahathir Mohamad as prime minister through a vote of no confidence.

“This is a fraudulent claim, slanderous and a lie,” he added in a statement this evening.

“If he fails to do so, it will prove that Takiyuddin is irresponsible, lacks honour and is using the issue to distract attention from the claim that PAS leaders received funds from Umno,” he added.

“Not one Harapan component party or any Harapan leader had said that they don’t support Mahathir’s leadership or want a no-confidence vote against him, whether in or out of the Harapan presidential council meetings.

“Instead, opposition towards Mahathir’s leadership comes from none other than PAS itself,” he said.

Lim was responding to Takiyuddin’s claim that two Harapan component parties are plotting to oust Mahathir as prime minister through a no-confidence vote in Parliament.

PKR president Anwar Ibrahim had countered the same allegations saying the matter was never raised in his communications with Mahathir, nor was it raised by any Harapan party.

Like Lim, Anwar accused PAS of attempting to divert attention from allegations that PAS had received funds from Umno.

pas
dap
drmahathirmohamad
takiyuddinhassan
Related Reports
If PAS behind him, Dr M will have coveted two-thirds
a year ago
PAS permits lying, Anwar says on 'coup against Dr M' claim
a year ago
PAS man: Guan Eng must answer if there's a plot to topple Dr M
a year ago
'PAS pledged to back PM to stop him being ousted by allies'
a year ago