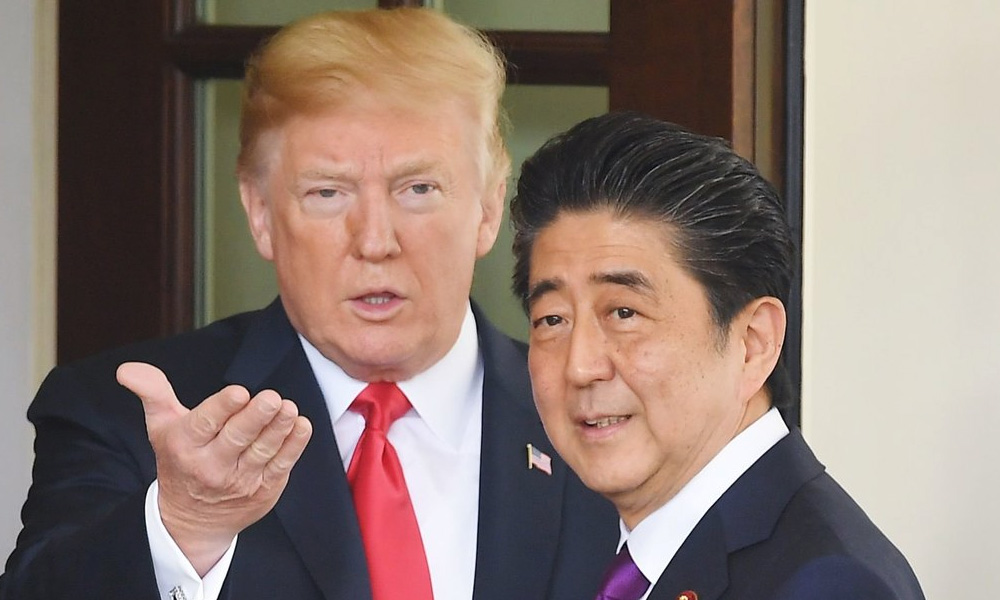 No need for Abe to nominate Trump for Nobel Peace Prize

Japanese Prime Minister Shinzo Abe is not saying whether or not he nominated Donald Trump for this year’s Nobel Peace Prize, but the question may be moot: the US president has been put forward by others for the prestigious award.

During a White House news conference on Friday, Trump said the Japanese premier had given him “the most beautiful copy” of a five-page nomination letter to the Norwegian Nobel Committee.

Since then Abe has declined to say whether he had done so. Regardless, Trump has been nominated by two Norwegian lawmakers.

“We have nominated him, of course, for the positive developments on the Korean Peninsula,” Per-Willy Amundsen, who was Justice Minister in Prime Minister Erna Solberg’s cabinet in 2016-2018, told Reuters.

“It has been a very difficult situation and the tensions have since lowered and a lot of it is due to Trump’s unconventional diplomatic style,” he added.

Amundsen, a member of the right-wing Progress Party, wrote a letter to the award committee, together with his parliamentary colleague Christian Tybring-Gjedde, he said.

Tybring-Gjedde, who sits on the Norwegian Parliament’s Foreign Affairs and Defence Committee, confirmed the joint nomination of Trump when contacted by Reuters.

“A possible award would, of course, depend on the talks leading to a credible disarmament deal,” he said.

A wide range of people can nominate for the Nobel Peace Prize, including members of parliaments and governments, heads of state, university professors of history, social sciences or law, and past Nobel Peace Prize laureates, among others.

The deadline for nominations for the 2019 prize, which will be announced on Oct 11, was Jan 31.

The five-strong Norwegian Nobel Committee, which decides who wins the award, does not comment on nominations, keeping secret for 50 years the names of nominators and unsuccessful nominees.

Still, it did say earlier this month that 304 candidates were nominated for this year’s prize, of which 219 are individuals and 85 are organisations.