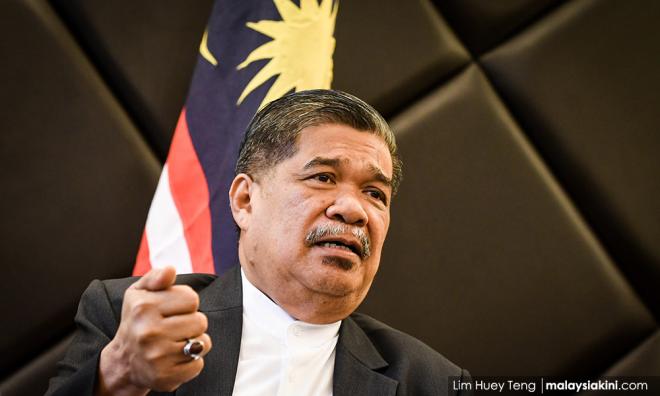 Following his revelation that his ministry had lost some half a billion ringgit from “land swap deals” over the years, Defence Minister Mohamad Sabu now says four such deals were specifically made to help politicians win elections.

These projects went ahead despite opposition from the Armed Forces, he claimed.

“The army bases were set up to move army personnel voters.

“The Armed Forces had said there was no need for army bases in those four places, but Mindef ignored these protests and went ahead, essentially to ensure a vote bank so that certain politicians could continue to win their parliamentary constituencies in the past general elections,” Mohamad was reported as saying.

“We are not against land swaps in Mindef as sometimes that is a wise decision because prime land can be exchanged for better housing land elsewhere, on which we can build better facilities for our army personnel.

“However, these land swaps that we complained about are the ones politicians profited from by moving army personnel for their own gain, despite opposition from the army itself,” Mohamad added.

The Amanah politician further alleged that these deals were made in a “haphazard” manner and resulted in a loss of more of than RM500 million in public funds.

“If these land swaps were done according to proper planning and the developers were selected properly, Mindef would not have lost so much money.

“However, they were done in a haphazard manner and Mindef lost about half a billion ringgit,” he told the daily.

On Tuesday this week, Mohamad had said that these lopsided projects involved 1,186 hectares of Defence Ministry land valued at RM4.75 billion, with project costs of RM4.88 billion.

Losses and leakages occurred through a total of 16 projects, some dating as far back as 1997.

This is revealed in a detailed report by a special investigation committee on procurement, governance and finance led by former auditor-general Ambrin Buang.

The leaders of the former BN regime who served as defence minister from 1997 until May 9 last year are Syed Hamid Albar, Najib Abdul Razak, Abdullah Ahmad Badawi, Ahmad Zahid Hamidi and Hishamuddin Hussein.