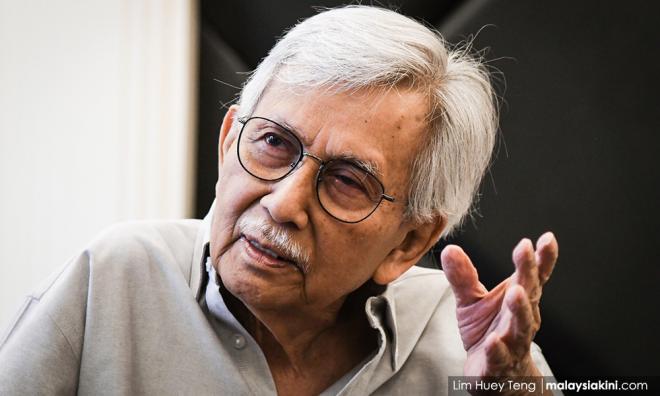 “Let's put it this way, we are still negotiating. Actually, they will come to Malaysia this month. They invited me to China last time, but I could not make it, that's why I’m inviting them to come to Malaysia,” he said in an interview with Nanyang Siang Pau published today.

When asked about the possibility of a final decision on this issue, Daim said: “Hopefully, there will be a decision, but it's not easy due to this issue being quite complicated.”

He described the project as a "sensitive" issue and, therefore, it was better to talk less about it.

"Otherwise, when I say something they may misinterpret it, then they will query why I said that? The issue will become more sensitive then."

He said the delegation in charge of the ECRL project will also give a briefing on China’s ‘One Belt One Road’ Initiative.

Being cautious with UEC

Meanwhile, in the interview, Daim was also asked about the issue of recognition of the Unified Examination Certificate (UEC).

He said the government should let the Malays feel at ease and eliminate their worries on this issue, and also let Malays know that they have nothing to lose.

He said the Malays were not agreeable to the UEC recognition because they think it is against the Federal Constitution and it infringes upon Malay rights.

Therefore, the government should explain to the people, but should be cautious when dealing with it as it has been politicised, he said.

Daim said some Malay parents send their children to Chinese schools because of the better discipline in the schools.

"People are asking for better education. You will see only rich Chinese and Malays send their children to English (private) schools," he said.