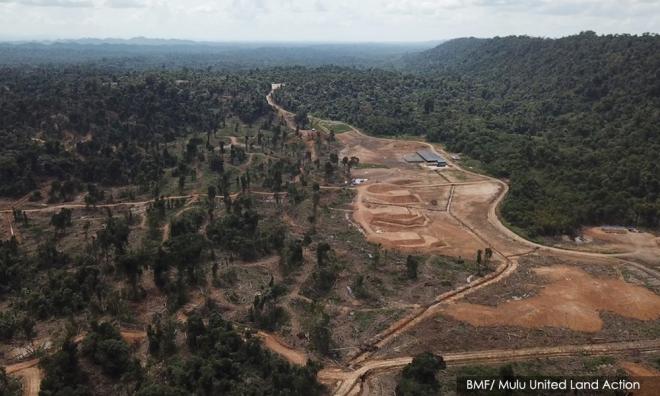 Primary Industries Minister Teresa Kok is "very concerned" by reports that an oil palm plantation is being developed near the Mulu National Park in Sarawak.

Kok said she had expressed her concerns to Sarawak Deputy Chief Minister Douglas Uggah Embas, and is monitoring the situation closely.

"As land is a state matter, I am counting on the state government to take the appropriate measures to resolve the matter in the interest of the state, the indigenous people and our national sustainability agenda," she said in a statement today.

Previously, the environmental NGO Bruno Manser Fund (BMF) claimed that a local company had started deforestation work for a 4,400-hectare oil palm plantation near the Mulu park, which is a Unesco World Heritage site.

The Borneo Post also reported that Mulu villagers from Bateu Bungan, Long Terawan and Kampung Melinau have written to Sarawak Chief Minister Abang Johari Openg to express their concern about the destruction of their forests by oil palm companies.

Kok said she would be presenting a paper on sustainable oil palm cultivation to all menteri besars and chief ministers later this month, in the hope of shaping state policies.

She said her ministry was committed to promoting sustainable oil palm cultivation, while balancing it with the preservation and conservation of forests and wildlife.

"These measures are also extremely important to help the nation, and the palm oil industry needs to address and overcome the intense anti-palm oil campaign that currently threatens our key Western Hemisphere markets and the livelihood of our small holders," she said.