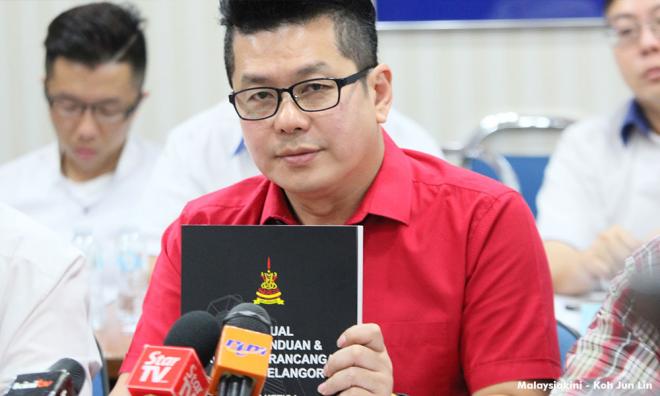 This is as the announcement by Finance Minister Lim Guan Eng came during the campaign period for the Semenyih by-election.

"If not for the by-election, we may have never seen them revive this plan," he said in a statement today.

The Pakatan Harapan government had scrapped the cash aid during the tabling of Budget 2019 last year but Lim announced its reintroduction on Tuesday after receiving feedback from Prime Minister Dr Mahathir Mohamad and Home Minister Muhyiddin Yassin.

The RM100 cash aid under the Bantuan Sara Hidup (BSH) scheme of RM2,000 is meant for singles nationwide and not exclusive to Semenyih.

However, Ng questioned the timing of the announcement.

"There is no way Harapan can escape suspicions when they announced the BSH cash aid at the most immaculate timing," he said.

Ng also noted that Muhyiddin had raised the matter in a ceramah in Semenyih shortly before Lim made the announcement.

In his Budget 2019 speech last November, Lim announced that households earning below RM2,000 would receive RM1,000 in BSH aid.

Putrajaya also said that it would top up RM120 for every child under 18, limited to four children, not including disabled children for whom there would be no age limit.

However, unlike the previous administration's aid known as BR1M, singles were not included as recipients of the BSH cash aid.